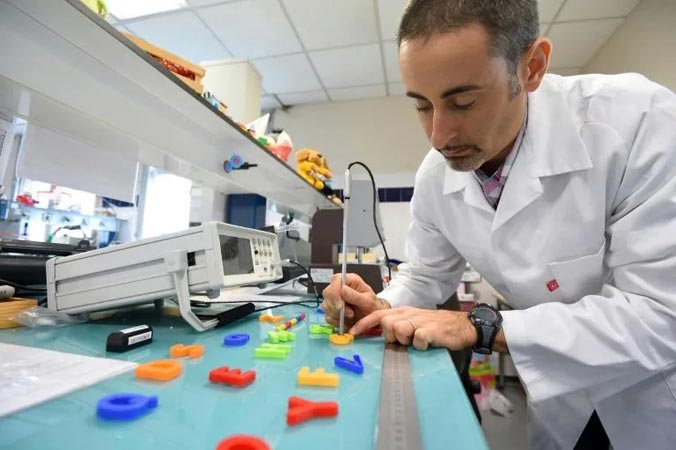 Doctors from major hospitals in England sounded an alarm on Wednesday over a fivefold increase in the number of young children requiring medical treatment after swallowing magnets from toys.

Nearly half of these kids aged four months and up required surgery to remove the magnets, often followed by complications, they reported in a research letter published in the Archives of Disease in Childhood, a medical journal.

From 2016 through 2020, four major hospitals in southeastern England admitted 251 children who had swallowed a foreign object.

Coins accounted for 37 percent of the items ingested, ahead of magnets (21 percent) and button batteries (17 percent).

Across all categories, the number of cases increased by more than half over this period.

More than 40 percent of these incidents required surgery for removal.

“This was either laparoscopy — also known as ‘key-hole’ surgery — or open abdominal surgery to retrieve the magnets from the intestine,” Hemanshoo Thakkar, a paediatric surgeon at Evelina London Children’s Hospital, told AFP.

In half of the cases, there were complications. “As the children suffer from a perforation, their abdomen becomes contaminated and this can result in ongoing infections,” Thakkar explained.

“Some children have lost some of their bowel, which has to be removed if unhealthy.”

The most serious case involved a youngster who underwent several operations, stayed in intensive care for a month, and in hospital for nearly five months.

No deaths were reported. “But left untreated, the injuries caused can be life-threatening,” Thakkar said.

In Britain, regulations require that all magnetic toys be accompanied by a warning notice, but most manufacturers do not display them prominently enough, the authors wrote.

In a case reported earlier this year in the Journal of Emergency Medicine, a three-year old boy in the United States swallowed six magnetised pieces one after the other. Two of them stuck together in his throat, and the rest settled in his abdomen.

Bryan Rudolph, an assistant professor of pediatrics at the Children’s Hospital at Montefiore in New York City, estimated in a commentary last year that there have been nearly 20,000 magnet injuries in the US since magnetised toys entered the market more than a decade ago.

The suitable age for use of such construction or desk toys is often 14 and older, but the average age of children who swallowed them in England was seven. Ages ranged from four months to 16 years old.

Thakkar speculated that the sharp uptick in magnet-related incidents had to do with marketing.

“The most common magnets we have seen are sold as a shape-changer that can be molded,” he explained, noting that the objects are small, brightly coloured and attractive to children.

“There has been a surge of digital influencers online, with children promoting toys and a lack of robust regulation, leading to the popularisation of these toys,” he added.

The doctors recommended an aggressive public health campaign to educate parents and daycare professionals on the danger of small, powerful magnets integrated into toys. Manufacturers, they added, should be required to provide clear warnings on packages.

Aside from magnets, most foreign objects swallowed by children pass through and exit the digestive tract without harm, the study said.