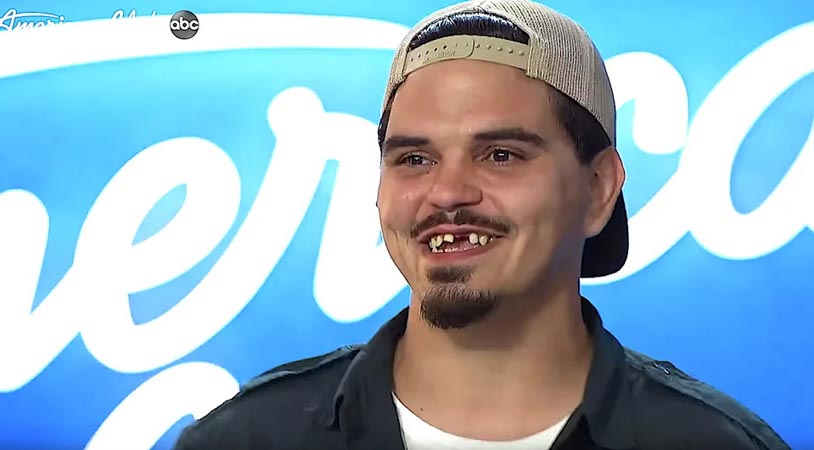 With only nine days to go before the Season 19 finale, yet another scandal has rocked the American Idol world.

Following this week’s disqualification of top five finalist Caleb Kennedy after a seemingly racist old social media post resurfaced, the arrest last month of top 24 contestant Cecil Ray for burglary with intent to commit assault, and outrage earlier in the season over the casting of Kellyanne Conway’s daughter Claudia, now another contestant — from last season — is in the news cycle for all the wrong reasons.

TMZ was the first to report that Season 18 fan favorite Doug Kiker — a.k.a. the “singing garbageman” — is in police custody in his home state of Alabama after a domestic violence incident. According to Mobile Police lieutenant Matthew James and public jail records, Kiker was arrested Thursday evening for third-degree domestic violence (which is defined as harassment) and is now in jail on $1,000 bond.

Taste of Country additionally reports that officers responded to a 911 call made by an adult woman involved in the altercation and found probable cause to arrest the 28-year-old singer. No further details of the alleged crime or the nature of Kiker’s relationship with the woman have been divulged.

Kiker was an early breakout star of American Idol last year, with his viral audition of Rascal Flatts’ “Bless the Broken Road” on the season premiere quickly racking up more than 200 million video views across all platforms. The inexperienced singer literally didn’t even know the meanings of the words “range” or “warm up” and struggled to stay in key, but he received a Golden Ticket anyway after charming the judges, especially a sobbing Katy Perry, with his raw talent, hard-luck backstory, and positive attitude. Having never performed on a public stage before, Kiker wasn’t able to survive even the first day of Hollywood Week, but he still made a lasting impression for someone whose Idol run was so brief.