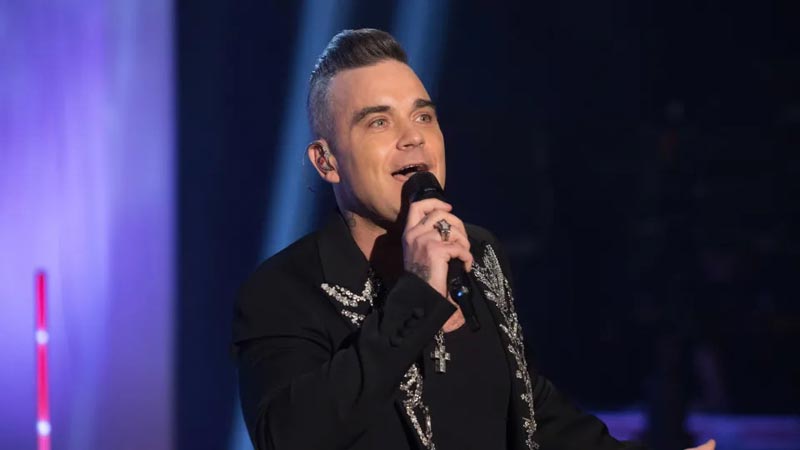 Robbie Williams delivered his best Beyoncé impression as he performed a dance to her hit song Single Ladies in a social media video.

The 47-year-old singer’s wife, Ayda Field, shared his tribute to Queen Bey on Instagram, dubbing her husband “Reyoncé Williams” and describing him as a “superfan”.

Williams wore a serious expression as he delivered his own unique interpretation of the classic dance routine on the couple’s driveway in Los Angeles.

The couple have been living at their £26m mansion in California throughout the coronavirus pandemic, rather than their similarly lavish property in London.

Williams and actor Field began dating in 2006 and they subsequently tied the knot in 2010.

They have four children together — two daughters and two sons — with the eldest, Theodora, born in 2012.

Field recently shared that both she and Williams have received their first dose of vaccination against COVID-19.

The duo have worked together on a number of occasions, with their most notable team-up taking place when they both joined the judging panel of The X Factor for the 15th series in 2018.

They stepped down from their roles after the series in order to focus on other projects.

Williams is one of the most successful artists in the history of British music and has sold more than 75 million records worldwide.

Of his 12 studio albums, 11 of them have reached the top of the UK Album Chart and he has also secured seven number one singles as a soloist, with a further seven from his work as a member of Take That.

His most recent album, The Christmas Present, was released in December 2019.

Earlier this year, it was revealed that a movie about Williams’s life, entitled Better Man, is in the works from Michael Gracey — director of The Greatest Showman.

Gracey said the film will feature the singer’s most memorable hits and could be another biopic which secures the box office success of Bohemian Rhapsody and Rocketman.