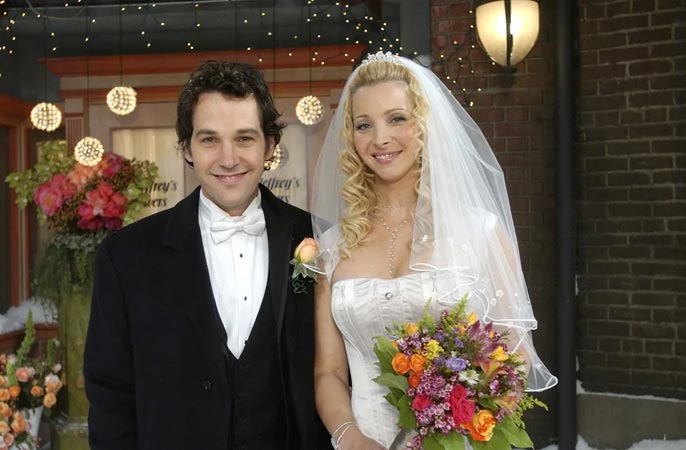 Friends fans were left with one main question after a teaser and guest star list for the reunion special were released – where is Paul Rudd?

The comic actor starred as Phoebe’s boyfriend Mike Hannigan (and then husband) in the ninth and tenth series of the TV show and was a big hit.

However, it seems he will not be a part of the eagerly awaited reunion, which is available to be streamed on HBO Max later this month.

The new teaser trailer has been unveiled along with a list of guest stars including Lady Gaga, BTS, Justin Bieber and James Corden.

But there is no sign of Rudd’s name anywhere and fans are confused.

One tweeted: “Where the hell is Paul Rudd in the list of guest stars for the Friends reunion???

“I don’t need or want half of these people they did list, but Paul Rudd seems kind of important??”

“What’s the point if Paul Rudd isn’t there?” asked another disgruntled fan, while one tweeted: “Where is Paul Rudd? Where???? WHERE???????”

“Who do I need to write to in order for Paul Rudd to be at the Friends reunion?” said another baffled viewer.

The teaser trailer shows the six castmates walking together while a slower version of the show’s theme tune I’ll Be There For You by The Rembrandts plays in the background.

The caption reads: “The One Where They Get Back Together.”

HBO Max also tweeted a list of guest stars. As well as big names like BTS and Bieber, it includes Friends guest stars from over the years including Tom Selleck, who played Monica’s love interest Richard, and Reese Witherspoon, who starred as Rachel’s sister Jill. The reunion will be available on the HBO Max streaming service from 27 May.