* This is not to undermine the effort, nobility and sincerity behind the thought that went into the movie 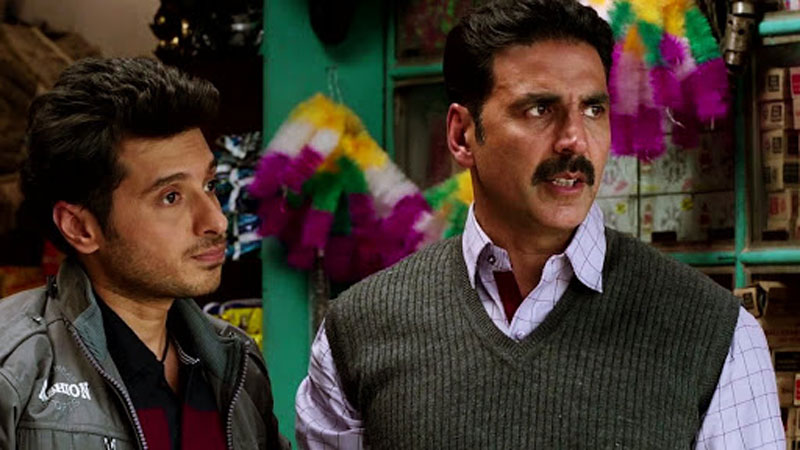 When editors turn directors, they apparently forget to say ‘cut.’ An elaborate cutting out of a good 160 minutes by editor-director Shree Narayan Singh would have made ‘Toilet: Ek Prem Katha’ one of the best short films made in India that could have tremendously helped the cause of the ruling party’s ‘Clean India’ campaign.

Instead, the premise is stretched needlessly to justify its Bollywood commercial intent, replete with songs, dances and high-decibel propaganda.

This is not to undermine the effort, nobility and sincerity behind the thought that went into the movie. In fact, there is a real-life campaign in Gujarat called ‘No loo; No, I do’ where women refuse to marry into homes that do not have a toilet.

And raising awareness about the need for toilets is even more important given the alarming increase in the number of women including children who are molested as they go to open fields to relieve themselves. Several NGOs point out that it is not the lack of toilets per se that is the problem, it is also about altering habits.

But Toilet: Ek Prem Katha reduces a very relevant premise into one for patronising the ruling party and often sinks into mere political propaganda. Don’t be surprised if some of the lead cast will go to fetch more governmental citations in the coming months.

The film also reinforces the age-old cliché that it is ok for lead actors to stalk women (talk about contradictory messages here: What if the next molester says he was simply in love with the woman and had stalked her to the open field!)

But we are talking mainstream Bollywood. So an aging Akshay Kumar, who plays a 36-year-old, can do all film-mandatory stalking habits to win over Bhumi Pednekar. 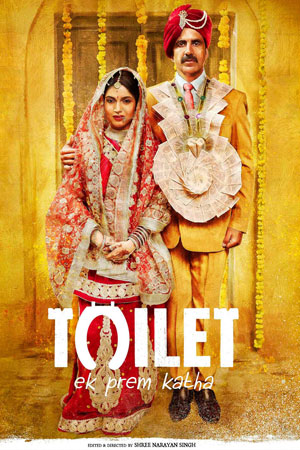 Shocked to realise that there is no toilet in her groom’s house, she walks out and it is up to the man to champion the cause for a toilet. It is not easy. The fight is also against the system and in-built conventions and blind beliefs. After the easy first half, the film gets into the real groove – the fight to have a toilet built – and here Toilet: Ek Prem Katha becomes a bit tedious watch, its narrative dampened by unnecessary melodrama.

As a film that reportedly is based on real-life events, the intentions are noble, and if you take out the propaganda part, the more the film reaches the masses the better it is. But as a film – the medium – Toilet: Ek Prem Katha has little to be proud of.

If you are really interested in watching a film that takes the same premise and makes it into a powerful socio-political statement, watch Joker or if you are ready to be shocked with the insensitivity of how we treat the people who work to make ‘Clean India’ happen, watch the documentary Kakkoos.

But these are works that don’t have star power. As Toilet: Ek Prem Katha proves, you can take stars out of the typical Bollywood milieu of stories but you just cannot take Bollywood out of them.