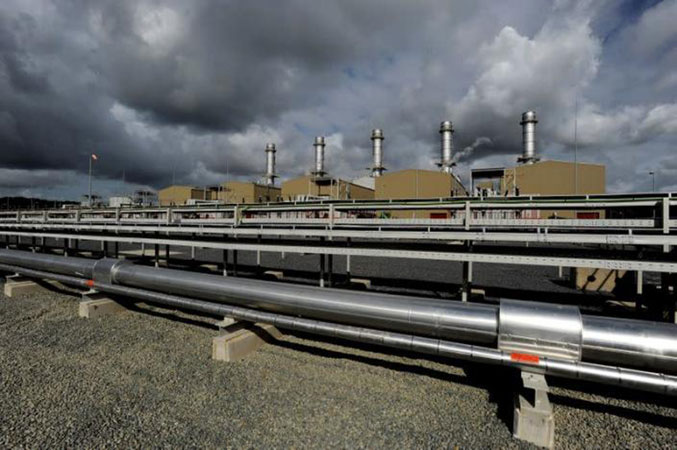 The region’s utilities already anticipate power supply problems as they phase out coal and nuclear generation and ageing infrastructure. International producers have for well over a decade said gas was a necessary transition fuel on the journey to decarbonisation. But increased urgency to halt climate change and the scaling up of renewable technology have left investors and policymakers hesitating over plans for large new plants in the region.

The falling cost of renewable energy and the potential of emerging technologies, such as hydrogen, is at the front of policymakers’ minds, pushing gas out of favour as they legislate even more ambitious climate targets. Natural gas produces roughly half the carbon dioxide emissions of coal when burned in a power plant. A way to get rid of the remaining emissions is to use carbon capture and storage (CCS) technology to trap carbon dioxide, but that is expensive.

It also does not address mounting concerns that leaks of planet-warming methane from gas infrastructure may cancel out the benefits of switching to gas from coal.

The European Commission’s executive vice-president Frans Timmermans told an industry event in March that there will only be a “marginal role for fossil gas” on the path to net zero emissions by 2050.

“In some mature markets in Europe, North America and parts of Asia, natural gas is facing existential questions, particularly following announcements of net zero targets,” the authors of the IEA’s World Energy Outlook said in an email.

Some developers and utilities have already diverted funds from gas.

In Europe’s five largest power markets – Britain, France, Germany, Italy and Spain – developers have announced more than 60 gigawatts of new gas plant projects, S&P Global Market Intelligence figures show, although they are not all likely to be built. A report by US-based thinktank Global Energy Monitor in April said that building all the gas infrastructure planned or under way in the European Union would create 87 billion euros ($105 billion) of stranded asset risk. Gas projects worth some 30 billion euros were cancelled, delayed or indefinitely postponed last year as they struggled to find funding.

The costs of renewables are expected to continue falling, while gas plant owners are exposed to EU carbon prices, which have hit record levels above 50 euros a tonne, and volatile wholesale energy prices. If CCS is required by regulators, that would add on several euro cents a kilowatt hour more, analysts say, as CCS requires additional infrastructure and means overall more fuel is needed to produce the same amount of electricity.