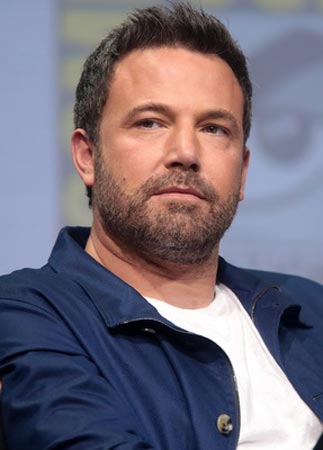 Paparazzi working outside Ben Affleck’s house in Los Angeles called the police when they spotted a man dressed as a security guard appearing to scale a gate on the property, a report says.

No arrests were made following the incident, which took place on Tuesday, May 11, according to Page Six, who first reported the news.

On Wednesday, May 12, the outlet posted a video filmed by a paparazzi agency that shows a masked man wearing a dark jacket resembling a security uniform jumping down from the top of the actor’s gate onto the public sidewalk and then walking away. Two men dressed as police officers are later seen arriving and being permitted to enter the property through that gate as well as a larger one at a driveway. E! News has reached out to Affleck’s rep for comment.

A Los Angeles Police Department spokesperson told E! News that officers responded to a call that morning and completed a trespass investigation report on the property, adding that the suspect, who was not identified, is still at large. Page Six quoted cops as saying paparazzi witnesses called the police.

The news comes days after it was revealed that Ben and ex-fiancé Jennifer Lopez had reunited following her recent breakup from Alex Rodriguez, to who she was also engaged, and spent about a week together in Montana. The two were photographed driving together and walking on an airport tarmac.

“They have been in touch here and there throughout the years,” a source close to Jennifer told E! News earlier this week. “Ben reached out to her to see how she was doing and they had dinner together a few times within this last month. It’s natural between them and the chemistry is unreal. They picked up where they last left off and are enjoying each other’s company right now.”