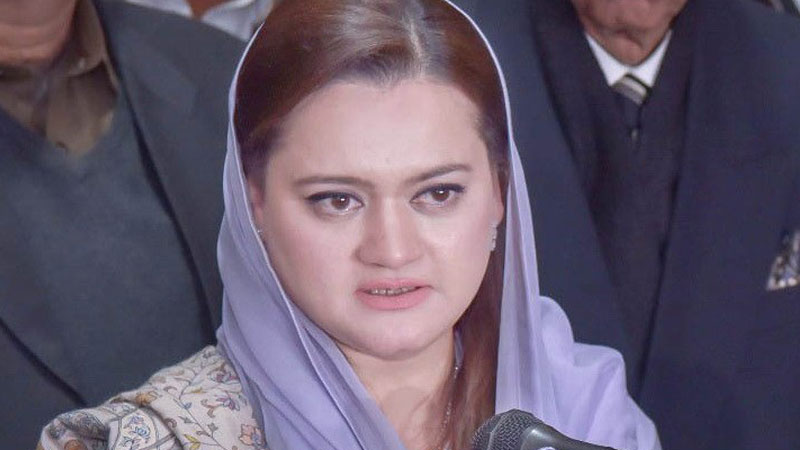 In a statement issued on Saturday, she said Imran Khan and Usman Buzdar are real culprits of the scandal. “These are not irregularities rather a dacoity. In presence of Imran Khan and Usman Buzdar, only dacoity can be committed. They are facilitators of the scam and no independent inquiry can be conducted in their presence,” she said. “No NRO will be given to them,” she added.

“On one hand, Imran Khan lodges FIRs against Shehbaz Sharif and places his name in exit control list (ECL), while on the other he changes names of projects to facilitate rent seekers,” she said, adding that Shehbaz Sharif initiated projects worth billions of rupees and Imran Khan could not find corruption of even a single penny in those projects. “Imran Khan realigned this project to commit dacoity,” she alleged. “The corruption was committed with the decisions and signatures of Imran Khan in flour, sugar, LNG and medicines scandals. Then drama of holding inquiry was staged,” she held.

Maryam maintained that Usman Buzdar signed the project following the orders of Imran Khan. “Now he is staging drama of an independent inquiry. The names of Imran Khan, Usman Buzdar should be placed in the ECL before opening of their offices after Eid holidays,” she said, and added that people are facing more poverty and joblessness due to rising corruption and kickbacks in the tenure of Imran Khan.

Reacting to the statement of Maryam Aurangzeb, Special Assistant to Prime Minister on Political Communications Dr Shahbaz Gill said that the prime minister has directed the Punjab chief minister to conduct inquiry into the alleged cost escalation of the Rawalpindi Ring Road project. He said that the inquiry report of the project would not only be made public but indiscriminate action will also be taken against those found responsible for that.

He said that the PTI government has made public the inquiry reports for the first time in the country’s history. “Such kind of reports were either burned or hid from public during the governments of Nawaz Sharif and Shehbaz Sharif,” he said, adding that ‘looters’ and ‘corrupt’ elements were always granted favors and respect by Sharif brothers during their tenures.