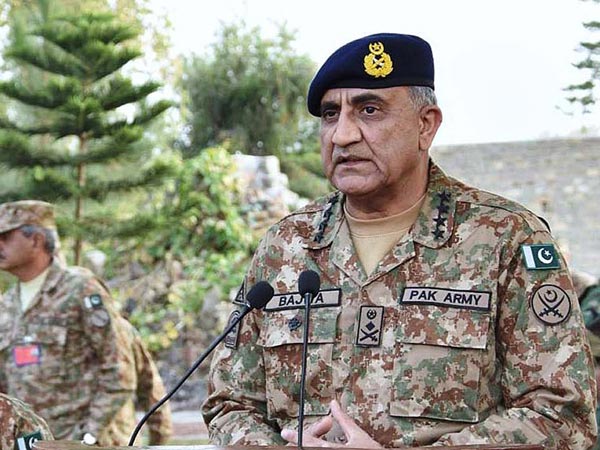 Chief of Army Staff (COAS) General Qamar Javed Bajwa spent the first and second day of Eid-ul-Fitr with troops deployed on the Line of Control (LoC) and western border, respectively, according to the Inter-Services Public Relations (ISPR).

On the western border in Timergara, Lower Dir, the army chief on Friday said that terrorists would never be allowed to disturb the hard-earned peace in tribal districts of Khyber Pakhtunkhwa, a statement issued by the ISPR said.

Interacting with troops, the COAS appreciated their vigilance, preparedness and high state of morale. “Pakistan Army and LEAs (law enforcement agencies) will do whatever it takes till the job is fully accomplished,” he remarked.

He also paid rich tributes to the martyrs who have rendered supreme sacrifices for the defence of the country. The COAS lauded the troops for their contribution in aid of civil administration to control the Covid-19 pandemic and directed strict adherence to standard operating procedures (SOPs) and precautions in this regard.

Gen Bajwa was briefed on the security situation and measures being undertaken to ensure effective management of the Pak-Afghan international border, according to the military’s media wing. Earlier on arrival, the army chief was received by Corps Commander Lieutenant General Nauman Mahmood. Earlier on Thursday, addressing the frontline troops deployed along the LoC, the army chief said, “It’s time to end this human tragedy and resolve Kashmir issue as per aspirations of people of J&K and UN resolutions.”

The army chief hailed morale of the troops, as well as their devotion and operational preparedness. “Security, safety and well being of the people of Pakistan is our responsibility… Pakistan Army will do everything to live up to the expectations of our nation,” Gen Bajwa stressed, according to the ISPR. Separately, Minister for Information and Broadcasting Fawad Chaudhry said that the nation is proud of its armed forces. Paying tributes to the services of the troops in a tweet on Friday, he said they stay awake at nights so that the people could sleep. Fawad said General Bajwa spent Eid with troops on the Line of Control (LoC). The rest of the army leadership was also present with the troops. He said from soldiers to generals in the army, they are like a close-knit family.