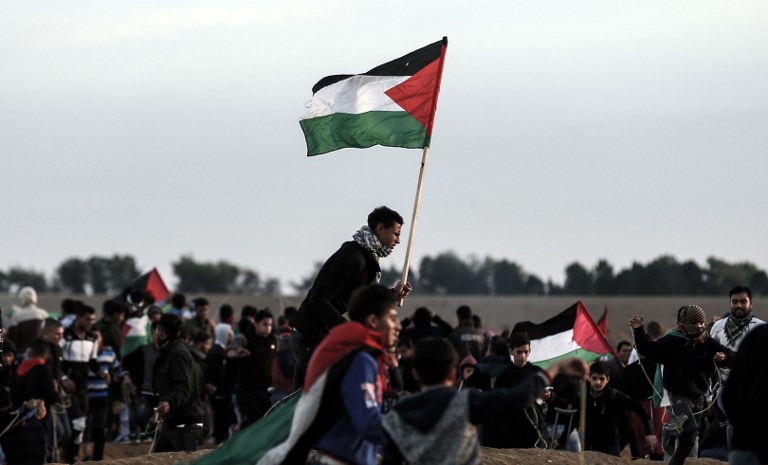 Israel’s bombardment of the Gaza Strip continues for the sixth consecutive day. Israeli air raids hit a refugee camp where at least 10 Palestinians, including eight children, were killed.

Palestinians on Saturday gathered in parts of the occupied West Bank to protest against continued Israeli occupation and the ongoing bombardment of Gaza. Solidarity rallies were also being held around the world to mark Nakba Day or “The Catastrophe”, when the ethnic cleansing of 750,000 Palestinians by Zionist militias took place to create the state of Israel.

At least 140 Palestinians, including 39 children, have been killed in the Gaza Strip since Monday. Some 950 others have been wounded. In the occupied West Bank, Israeli forces have killed at least 13 Palestinians. Confrontations between Israeli police and Palestinian demonstrators continued into the night in occupied East Jerusalem.

At least nine people in Israel have also been killed, with one new fatality reported on Saturday in Ramat Gan. The Israeli army said hundreds of rockets have been fired from Gaza towards various locations in Israel and they have added reinforcements near the enclave’s eastern lands.

As violence escalates, the humanitarian crisis grows steadily worse with thousands of Palestinian families taking shelter in United Nations-run schools in northern Gaza to escape Israeli artillery fire. The UN has said it estimates approximately 10,000 Palestinians have left their homes in Gaza amid the Israeli offensive.