* Which is not to say that series six has not, superficially at least, delivered 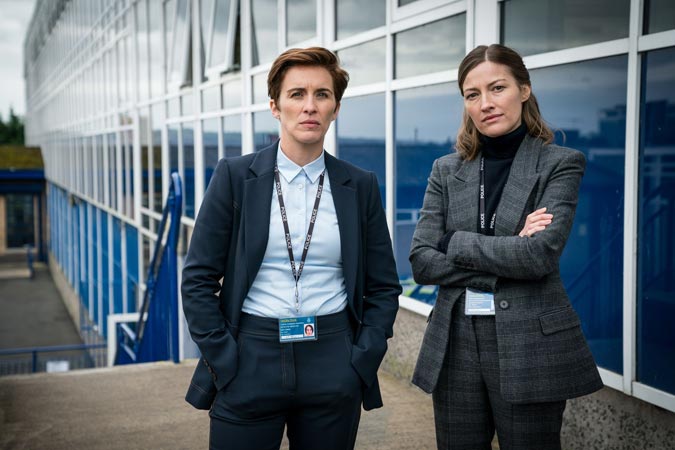 Like Jed Mercurio’s previous hit, Bodyguard, the latest series of his police procedural Line of Duty has caught fire.

The public has crushed to its bosom the latest tale of anti-corruption unit AC-12, led with crusading zeal by the dauntless trio Ted Hastings, Steve Arnott and Kate Fleming in the fight against individual and institutionalised rottenness in the police force. Even before last night’s finale it had already become the highest rated British TV drama in 13 years. At the risk of sounding like a mere embittered fan shouting at Johnny-come-latelies, however … man, you should have seen it back in the days when it was good.

Which is not to say that series six has not, superficially at least, delivered. The story of Jo Davidson and her secret ties to the organised crime group that directed her police work held viewers’ interest. The AC-12 trio’s overarching, much-thwarted investigation into the possibility of an infestation of effectively untouchable, corrupt senior officers colluding expertly with each other and organised crime over the years made headway. The finale – and Mother of God, if you haven’t seen it look away now – even gave us, at last – if, I suspect many will feel, rather anti-climactically – the identity of the person known for nearly five series as “H”

But what ‘Line of Duty’ lost along the way was important. It started losing the connection between Kate and Steve a few seasons ago. Their sense of professional and personal camaraderie warmed what was otherwise a famously meticulous but cold, bloodless world of police speak, paperwork, technical details and long, long interview scenes with suspects

But what Line of Duty lost along the way was important. It started losing the connection between Kate and Steve a few seasons ago. Their sense of professional and personal camaraderie warmed what was otherwise a famously meticulous but cold, bloodless world of police speak, paperwork, technical details and long, long interview scenes with suspects. They became Line of Duty’s USP, but they needed some emotional investment to work. Last night’s conclusion attempted to reassert the pair’s relationship, but it was too little, too late. Their celebratory drink in the pub and broaching of Steve’s painkiller addiction felt more like a shareholders’ meeting and strained credulity to a disruptive degree. 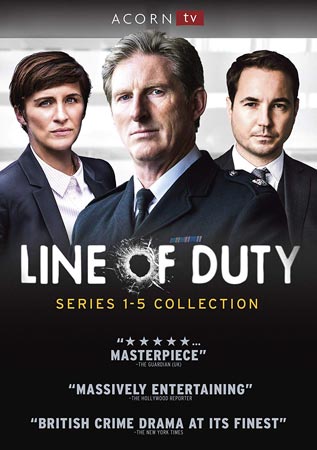 The interview with H/the fourth man was indicative of another problem that has grown as the series progressed. These scenes remained technically formidable, but they used to be showcases for delicate power shifts between the unusually well-matched hunter and prey – Roz Huntley’s springs most immediately to mind. For the most part in this series they have been reduced to exercises in memorising abbreviations and exhibit numbers and skirted dangerously close to self-parody in the process.

There have been in this – possibly final – season some plot holes that belied Mercurio’s reputation for watertight narratives and, a handful of set pieces aside, an almighty lack of actual police work. Relative newcomer Shalom Brune-Franklin, as the young AC-12 officer Chloe Bishop, has become a cult hero online by virtue of the fact that her role has been mostly a matter of bringing evidence she has pieced together off screen – CCTV footage, financial records, recovered files, matching signatures – to Hastings et al who then congratulate her on solving the latest stage of the case and turn to wondering what might be next. This odd weighting of action against inertia has been a growing problem that became all but unignorable.

There was also the agitprop. As a former NHS doctor who made his name with such brilliant, fury-driven hospital-based drama series as Cardiac Arrest and Bodies, Mercurio has always been a politically engaged writer and a master at transmuting that political fury into art. But in the last few episodes of Line of Duty and particularly the finale, containing a supposedly towering speech by Hastings so pedestrian that even Dunbar could barely sell it, the message has hardly been moulded at all. It’s a righteous and timely one – essentially about how incompetence and its effects, if performed and excused for long enough, becomes morally and practically indistinguishable from corruption. But, so starkly unworked and delivered, it sits ill within any kind of dramatic narrative.

Still, the cultural phenomenon it has become will doubtless allow Mercurio to write his own ticket at the BBC even more freely than he could before. He and his production company have multiple projects coming up – including the counter-terror drama Trigger Point, starring McClure, and a series about the Stephen Lawrence murder, around which one of the Line of Duty plotlines was based, both for ITV. And there will always be more stories about police corruption to tell.

It was all fine. But, oh my, you should have seen it when it was good.