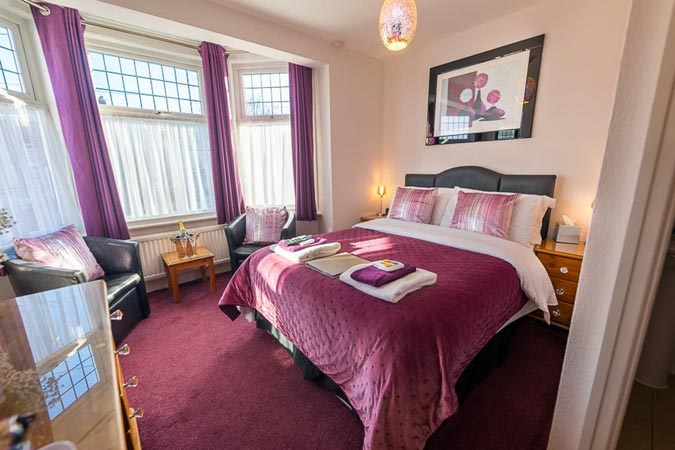 A Scarborough B&B has been named the best in the world in the 2021 Tripadvisor Travellers’ Choice Awards for hotels. The Toulson Court Bed and Breakfast takes the title of world number one for the first time. Run by couple Angela and James Rusden, it is located close to the UK seaside town’s Peasholm Park and is a short walk from Scarborough Beach.

It stands as a 2021 winner alongside the likes of Hotel Colline de France in Brazil – the top hotel in the world – the Narrows Escape Rainforest Retreat in Queensland – the world’s most romantic hotel – and America’s Havana Cabana at Key West, the world’s most-saved hotel. The Toulson Court, which has almost 1,500 excellent reviews on Tripadvisor and is described as ‘second to none’, is one of three UK B&B’s that make the global top five. The others are The Torcroft in Torquay and Dorset House in Lyme Regis, which come third and fourth, respectively.

In second place in the global B&B ranking is Bayfront Westcott House Bed & Breakfast in St Augustine, Florida, which one reviewer on Tripadvisor described as having ‘more than amazing service’. Claiming fifth spot is Pousada Gaia Viva in Igarata, Brazil. ‘Top hotel’ podium topper Hotel Colline de France has rooms available from £119 per night and is described as emulating ‘the style and grandeur of a French chateau’, although, Tripadvisor adds, ‘you’ll find it over 5,000 miles away from France in the Brazillian mountain resort town of Gramado’.

The rest of the top five in the top hotel category comprises The Omina in Zermatt, Switzerland; Sani Dunes in Greece; Kandolhu Maldives and the Achtis Hotel in Afitos, Greece. In the ‘hottest new hotels’ category – a new category for 2021 – Arinna Cappadocia in Turkey claims the gold medal, with one guest calling it ‘more than perfect’ on Tripadvisor. 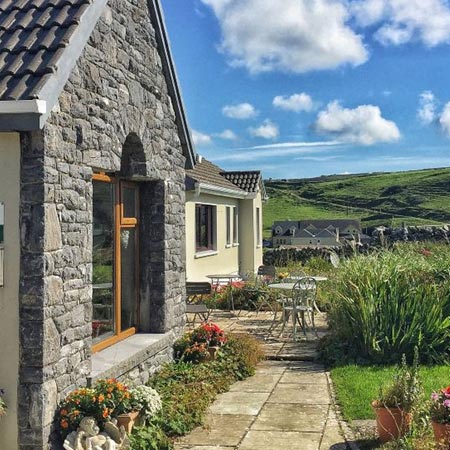 The other highly-ranked hotels in this category are Armenaki Santorini; the Anttunina Pousada Spa, Brazil; the Peridot Grand Hotel and Spa by Aira in Hanoi, Vietnam and Hotel Bidaia in San Sebastian, Spain

In another new category, ‘picture-perfect hotels’, the Emerald Maldives Resort and Spa is declared the best for 2021. It is followed by the Golden Temple Hotel in Cambodia, the Sextantio Le Grotte della Civita in Matera, Italy; La Fortuna at Atitlan in Guatemala and Rocabella Mykonos Hotel in Greece. In the ‘best romance hotel’ category, following the winning Narrows Escape Rainforest Retreat in Queensland – described by one Tripadvisor reviewer as ‘absolutely incredible’ – are Cases Noves in Guadlest, Spain; Bli Bli House Riverside Retreat also in Queensland, Australia; Edgar House in the UK city of Chester and Encantada Tulum in Mexico. The ‘most-saved hotel’ category charts the hotels with the highest volume of ‘saves’ on Tripadvisor. After first place Havana Cabana at Key West, the rest of the top five in this category comprises Hotel Xcaret Mexico; The Kayon Resort by Pramana, Bali; Stella Island Luxury Resort and Spa, Analipsi, Greece and Cancun’s Le Blanc Spa Resort. Meanwhile, in the ‘best all-inclusive’ category, the winning hotel is the Ikos Olivia in Halkidiki, Greece. Over 3,000 former guests have rated it on Tripadvisor as excellent, with one review summing it up as ‘simply the best hotel’. Other highly-ranked all-inclusive hotels for 2021 are The Palms, Zanzibar; Excellence Playa Mujeres, Mexico; Lux Belle Mare, Mauritius and Sun Siyam Iru Veli in the Maldives.

In the UK hotel rankings, The Hari in London is named the top hotel overall, with Lawton & Lauriston Court Hotel in Llandudno in second place.

The Haytor Hotel is named the best small hotel in the UK, with Tavistock House Hotel in Devon second. In the US, other winners are Mint House at 70 Pine in New York City, which is named top hotel, with Trump International Hotel Washington DC in second place. The accolade for the best romance hotel and the award for best small hotel in the U.S goes to The Kehoe House – A Boutique Inn in Savannah. Second for romance is French Quarter Inn, Charleston, and runner-up in the best small hotel category is Black Dolphin Inn in Florida’s New Smyrna Beach.

In the Australian hotel rankings, the top hotel is Element on Coolum Beach in Queensland, ahead of second-place Kingsford Smith Motel in Brisbane. The top B&B in Australia is Blue Summit Cottages in Maleny, Queensland, with Ana Mandara Luxury Bed & Breakfast in Port Macquarie second. The winner of the best small hotel in Australia is The Falls Montville followed by Narrows Escape Rainforest Retreat, both in Montville, Queensland. The awards are decided by an algorithm that analysed the millions of reviews and opinions collected on Tripadvisor in 2020. Tripadvisor says: ‘Every year, Tripadvisor trawls through millions of reviews from its global community of travellers to uncover the hotels and B&Bs that people raved about most – those that go the extra mile, the most wanderlust worthy, the places that make a holiday. ‘Even during a global pandemic travellers continued to discover new places and share their advice with other holiday-goers in 2020, and despite significant disruption to the hospitality industry, hotels around the world still managed to wow guests and deliver top service.’ Hayley Coleman, a Tripadvisor spokesperson, added: ‘Now that staycations are back on in the UK and the ban on overseas travel is days away from lifting, Brits will want to start getting plans in motion for what could possibly be the most longed-for holiday of their life. ‘This celebration of the best of the best hotels around the world should serve as the perfect guide for discovering places to stay that are fit for the trip of a lifetime.’