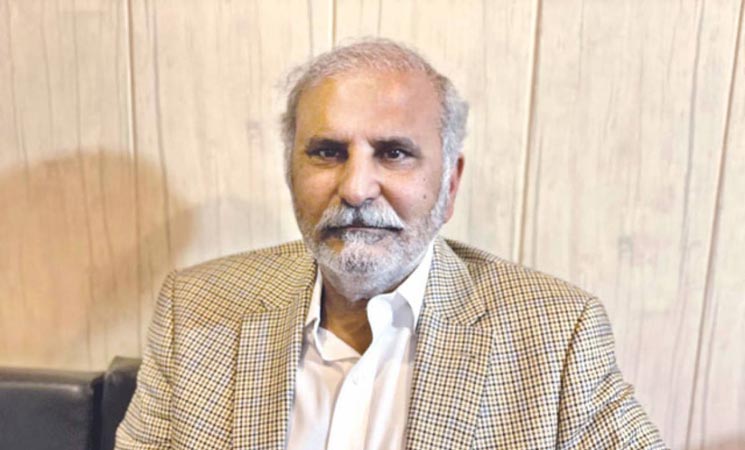 While giving a media briefing at the Multan press club here , the provincial minister said that wheat was cultivated over 16.1 million acres of land after an effective awareness drive launched by the government while 31.5 per mound per acre wheat yield was achieved.

Agriculture minister said that the credit of bumper cotton crop goes to tireless efforts of growers and agriculture scientists. He said that the Punjab government was providing exemplary relief to growers following the Prime Minister’s agriculture reforms programme.

He said that full rewards of crop would be given to growers so that bumper crops could also be achieved in future. He said that subsidy was being extended to growers through the kisan card for the first time in the country’s history to bring revolution in the agriculture sector and added that Rs 5 billion subsidy would be delivered to over one million growers in a transparent manner.

Gardezi further said that the work on new seed varieties was continued with rapid pace to enhance the yield of wheat, cotton and other crops. He said that reforms were made on war footing to provide pesticides and fertilizers to growers at their doorsteps and its results achieved in bumper crops.

The price of wheat was enhanced to Rs 1800 per mound from Rs 1400 to provide relief to wheat growers. Provincial Minister said that 9,50,000 growers had availed the subsidy benefits on fertilizers and seed through smart subsidy scheme consisting of E-vouchers last year.