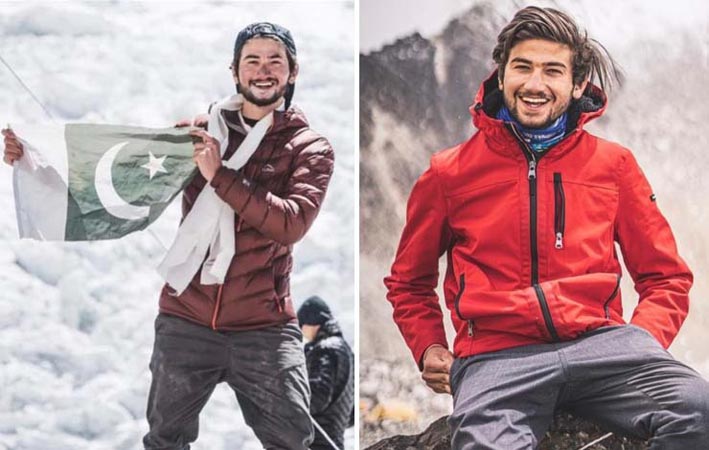 LAHORE: Shehroze Kashif, 19, became the youngest Pakistani mountaineer to reach the summit of Mount Everest — 8,848.86 metres — on Tuesday. In an update on Facebook, Nepalese mountaineer and the expedition manager of Seven Summit Treks, Chhang Dawa Sherpa, congratulated Kashif for becoming the youngest Pakistani to climb Mount Everest. “This morning Kashif successfully climbed the Mt. Everest as a part of Seven Summit Treks — Everest Expedition 2021,” he wrote. Hailing from Lahore, Kashif is also the youngest Pakistani to have climbed Broad Peak (8,047m) at the age of 17. He used supplemental oxygen on his climbs to Broad Peak and Everest. His expedition to Broad Peak earned him the title “The Broad Boy”. Earlier, Samina Baig, the first Pakistani woman on Everest, was also the youngest Pakistani, at the age of 23, to reach the summit of the tallest 8,000er in the world. Kashif’s interest in trekking developed at a young age as he accompanied his father on outdoor trips.

In a TV interview, the young climber said that long before he reached his first summit, he was fascinated by the idea of what was at the top. “Whatever I had imagined was not there at the top. However, when I reached the top, I felt pride that I have achieved something,” he said. Kashif spent well over a month acclimatising at the Everest base camp in Nepal while keeping his fans updated via social media. In another TV interview in February, he spoke in detail about climbing, fitness, and the finances required for achieving big goals. “There is no comparison between the training levels of a cricketer and a mountaineer. Sometimes, we have to climb for 26-hours in one go,” he said. “The strongest thing in the world is the human mind, you cannot beat it. If your brain stops working at a higher altitude, that’s a big thing. You have to train yourself for those conditions,” Kashif went on to say while sharing his fitness routine and its importance in decision-making at heights. “Mountaineering doesn’t ask for compromise, mountaineering asks for sacrifice.” Kashif went on to add that the Everest expedition cost him Rs10 million, with no sponsorship from the government or the private sector.

The Lahori teen’s first climb was at the age of 11 when he trekked to the 3,885m Makra Peak, followed by Musa Ka Musalla, a 4,080m peak. Continuing to train for longer and harder treks, he did the Gondogor La K2 Base Camp trek at the age of 14 and at 15 was able to complete the Khurdo Pin Pass (5,800m) trek. At 18, he did Khusar Gang, a 6,050m peak Alpine style. Confirming Kashif’s summit, Alpine Club of Pakistan secretary Karrar Haidari congratulated the young climber on this feat. Nepal, China and Pakistan are home to the 14 highest peaks in the world, also known as the 8,000ers. While the world’s tallest mountain Everest (8,848m) is located in Nepal, Pakistan is home to five 8,000m peaks including K2, Gasherbrum 1 and 2, Broad Peak and Nanga Parbat. agencies