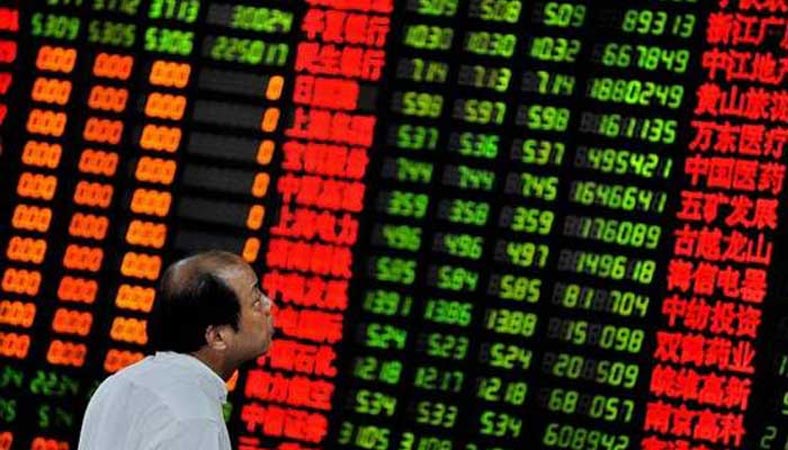 Equity markets tumbled in Asia and Europe on Tuesday following steep losses on Wall Street as investors grow increasingly worried about a surge in inflation that could force central banks to wind back their ultra-loose monetary policies earlier than forecast.

All eyes are on the release this week of crucial data on US retail sales and consumer prices, with expectations for a sharp rise as the world’s top economy reopens and vaccines allow people to return to a sense of normality.

A massive miss on US jobs creation last week that indicated the recovery was not going to be as smooth as thought provided some relief from those fears, but a rally in commodities — particularly widely used copper and iron ore — has markets concerned that costs will spiral.

Signs that this is having an effect were seen in data from China that showed prices paid at the country’s factory gates rose last month at their fastest pace in almost four years.

Those worries continue to hover over trading floors, despite repeated assurances from the Federal Reserve that it will stick to its huge bond-buying and record-low interest rate position for as long as needed until it has unemployment tamed and inflation is running consistently hot.

While Fed bosses have said they see inflation coming in high for a few weeks owing to the low base of comparison from last year, a high reading would ramp up pressure on policymakers to make sure they do not let it get out of hand.

“Inflationary concerns will dominate the focus this week, but the base effects are widely priced in and this upcoming reading will likely only serve as a baseline,” said OANDA strategist Edward Moya.

And there is a feeling that the issue will dog markets for some time, even as investors are confident the global economy is well on the recovery path.

“We’re going to see volatility definitely over the next couple of months” given uncertainty over the path of growth, Kristen Bitterly, of Citi Private Bank, told Bloomberg TV.

Nervousness ahead of the US data sent traders rushing for the doors Monday. The Dow snapped a three-day streak of records and the S&P 500 lost more than one percent, while the Nasdaq shed 2.6 percent with tech firms considered vulnerable to higher borrowing costs owing to the potential effect on their future earnings and cash flow.

And Asia followed the lead, with tech firms at the forefront of the selling.

Tokyo and Taipei each dropped more than three percent, while Hong Kong was off two percent.

Sydney and Seoul retreated more than one percent, and there were also losses in Singapore, Wellington, Manila, Mumbai, Bangkok and Jakarta. Shanghai and Manila edged up however.

London dropped more than two percent, while Paris and Frankfurt all shed around 18 percent each in the morning.

“It will take a few more months for these base effects to wash through, and by then we’ll probably have a much better picture of where we are, and whether central bank confidence about transitory inflation is misplaced or not,” said CMC Markets analyst Michael Hewson.