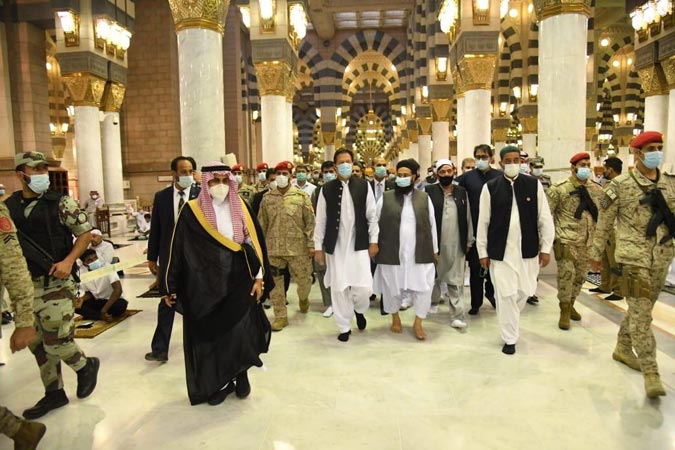 The 3-day official visit of Prime Minister Imran Khan to Saudi Arabia is very important as the leadership of two countries during their interaction had the main focus on economic cooperation, facilitation of greater investment and trade.

In the past, regular bilateral visits of both Pakistan and Saudi Arabia leadership had always played a crucial role in providing impetus to their bilateral and fraternal ties, and close cooperation. Prime Minister Imran Khan, a visionary leader of Pakistan, started his three-day official visit to the Kingdom of Saudi Arabia last Friday. The main purpose of the visit was consultations with the Saudi leadership to cover all areas of bilateral cooperation, including trade, investment, and energy, and job opportunities for the Pakistani workforce and welfare of the diaspora in the Kingdom. Saudi Arabia is home to more than two million Pakistanis, contributing to the progress and prosperity of both countries.

It was the prime minister’s third official visit to Saudi Arabia since he came to power in 2018. The vision of Saudi Crown Prince Mohammed Bin Salman (NBS) is closely aligned with that of the prime minister, looking to invest in nature-based solutions to address the impact of climate change in the country, Ministry of Climate Change official sources told APP. To further strengthen and diversify the bilateral ties, Pakistan and Saudi Arabia have signed various agreements and memorandums of understanding (MoUs) during Prime Minister Imran Khan’s current visit.

The details of agreements and MoUs included: an agreement on establishment of the Saudi-Pakistan Supreme Coordination Council, an agreement on transfer of convicted prisoners, a cooperation agreement in the field of combating crimes, an MoU on combating illicit traffic in narcotics, psychotropic substances, drugs and presursor chemicals; a framework MoU between Saudi Fund for Development (SFD) and Islamic Republic of Pakistan for financing projects in energy, hydropower generation, infrastructure, transport & communication and water resource development, said a joint statement, issued during the prime minister’s visit.

At the meetings, the two sides exchanged views on political, regional and international issues of mutual interest while expressing satisfaction over the existing cooperation in bilateral security and military relations, and agreed to further augment collaboration to achieve mutually agreed goals. Economic and trade relations were also discussed to strengthen and enhance exploring dimensions in investment and opportunities available in the light of Saudi Arabia’s 2030 vision and Pakistan’s development and business priorities, emanating from a shift from geopolitics to geo-economics, it said. The discussions also focused on strengthening cooperation in other fields, including science, technology, energy, agriculture and culture.

It is a welcoming sign that the Saudi Crown Prince has assured Prime Minister Imran Khan to continue support to his vision to transform Pakistan into a developed and modern welfare state. The two leaders stressed the need for joint and comprehensive efforts by the Muslim countries to strive to achieve international peace and security goals by confronting and rooting out violence and extremism and rejecting sectarianism, the statement said.

The both sides agreed that terrorism should not be associated with any specific religion, civilisation, nationality or group. In the light of the Arab Peace Initiative (API) and relevant United Nations resolutions, the legitimate rights of the people of Palestine, especially their right to self-determination and establishment of their motherland with pre-1967 borders with East Jerusalem as its capital, should be acknowledged, the two sides said.

They also expressed their full support for a political solution to Libya and Syria, as well as the efforts of the United Nations and its envoys.

The two sides stressed the significance of supporting efforts to reach a comprehensive political solution to the conflict in Yemen, based on the Gulf Initiative and its associated implementation mechanism, related national dialogue outcomes and the relevant Security Council resolutions.

The Crown Prince acknowledged while lauding the facilitative role of Pakistan in the Afghan peace process.