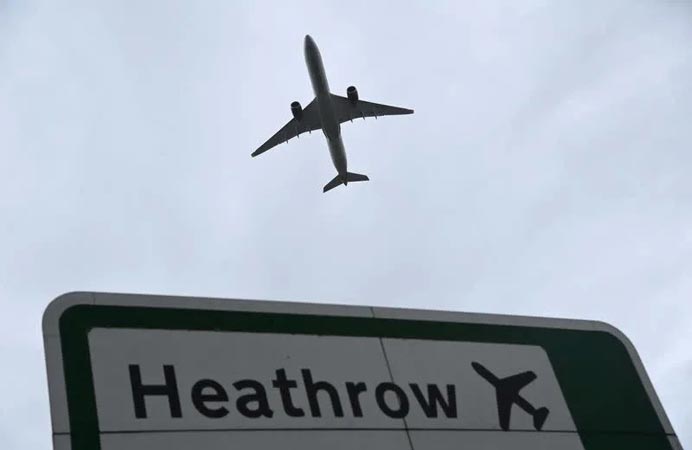 British airline stocks lost ground on Monday after the government set out a limited reopening of travel, but losses were cushioned by hopes that a bigger take-off would be on the cards for June.

British Airways-owner IAG, easyJet, Jet2 and TUI were all down between 2-3% as they traded for the first time since Britain said on Friday that travel could restart but only to a handful of places, including Portugal, Israel and Iceland. The top four destinations for British travellers – Spain, France, Italy and the United States – were left off the country’s travel “green list”, but confidence in the industry is growing that by June those countries will make it.

“We expect the number of countries on the green list to grow next month to include many of our popular summer destinations,” easyJet Chief Executive Johan Lundgren said in a statement.

Britain has said it will review every three weeks the green list – places for which quarantine on return is not required – giving two more chances for Britain’s main summer holiday destinations to make it before peak season starts in July.

Goodbody analysts said that Spain, Italy, France and the United States should make the grade by the time of the next review.

“We see expectations of a significant shift in bookings starting in June as these changes occur, barring of course the emergence of any new variants in these countries in the meantime,” Goodbody’s Mark Simpson said.

Davy analyst Stephen Furlong said that while the initial list was “a bit of a damp squib”, airlines were preparing for a late summer.

“Rather than you know May to September, I think we’re probably talking about July to October,” he said, representing a shift in the peak season to accommodate the expected loosening in COVID restrictions.

Crude prices rose on Monday, which Furlong said would also be weighing on airline stocks.

Expectations that unrestricted travel will be possible later this year due to the roll-out of the vaccine have lifted airline shares this year, with IAG up 31% and easyJet up 28% since the beginning of January.

Flights website Skyscanner told the BBC that bookings to Portugal from the United Kingdom saw a 660% increase on Friday compared to the previous day.

“There’s very strong demand out there and as the capacity fills, it’s pure supply and demand, so we have seen those prices increase,” said Hugh Aitken, the company’s flights chief.