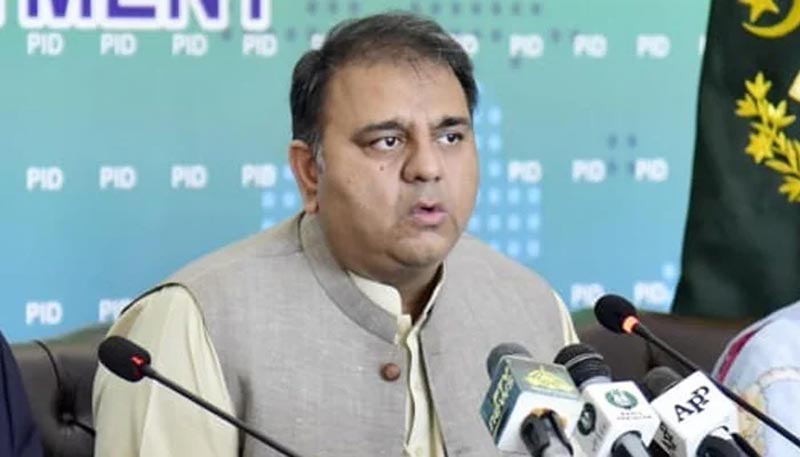 The federal government on Monday decided to hold fresh investigation into the Hudaibiya Papers Mill case, maintaining that it was the starting point of the Sharif family’s corruption.

The decision to the effect was taken during a detailed briefing given to Prime Minister Imran Khan by his legal team about the cases against PML-N President Shehbaz Sharif, Minister for Information and Broadcasting Chaudhry Fawad Hussain said in posts on his Twitter handle. He said both former prime minister Nawaz Sharif and Shehbaz Sharif are the main accused in the Hudaibiya case. “It is all the more important to bring the case to its logical conclusion as the ways and means for laundering looted money abroad in it were later adopted in other cases,” he said. The relevant agencies are being issued directives to probe the Hudaiybia case afresh, the minister said.

Minister of State for Information and Broadcasting Farrukh Habib on Monday said the Hudaibiya Paper Mills case was an open and shut case. “Everyone knows that the Sharif family, in connivance with the then National Accountability Bureau Chairman Qamar Zaman, did not allow an appeal to be filed in the Supreme Court,” he said in a tweet.

In response to the development, PML-N spokesperson Marriyum Aurangzeb said the decision to reopen the Hudaibiya Paper Mills case proves Imran Khan has admitted the cases against PML-N President Shehbaz Sharif are ‘fake’. The spokesperson said the Ashiana, clean water, metros, and assets beyond means cases were based on political revenge. “The Supreme Court had dismissed the Hudaibiya reference,” she said.

The PML-N leader slammed the government’s spokesperson saying the Lahore High Court had quashed the reference – and the Supreme Court had upheld the judgement.

“The commission agent illegal team did not give a briefing on the theft of flour, sugar, electricity, gas, LNG and medicine, the main character of which is Imran Khan,” she said, and asked “why the rented spokespersons did not tell that the NAB went to the Supreme Court after the High Court quashed the case and the Supreme Court also upheld the decision.” She asked government to pay attention to the inflation, unemployment, economic catastrophe and do not challenge the patience of the people any more. “By such actions you are making the people more angry,” she added.

Moreover, PML-N leader Pervaiz Rasheed said top courts had dismissed the case and the government had accepted defeat – that is why it is reopening the case.

The Hudaibiya Paper Mills was allegedly used as a cover by the Sharif family to launder money outside the country in the 1990s. It was in relation to this case that the Sharif family’s trusted aide, Ishaq Dar, recorded a confessional statement on April 25, 2000, in front of a magistrate in Lahore accepting his role in laundering money. On the basis of that confession, a reference was filed by the National Accountability Bureau (NAB) in 2000 before an accountability court against the Hudabiya Paper Mills, three Sharif brothers, Dar and others. Dar was not charged as he had become an approver for the prosecution.

That reference was struck down by a referee judge of the LHC on March 11, 2014, in response to a writ petition filed in 2011 stating that Dar’s confession was coerced. Dar had claimed that he had made the ‘confession’ under duress and disowned the statement.