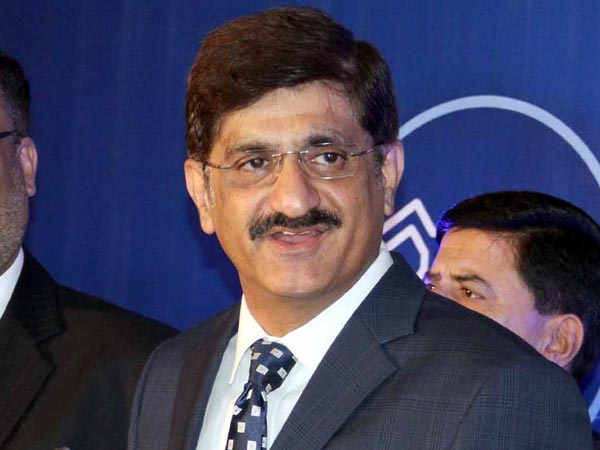 Sindh Chief Minister Syed Murad Ali Shah on Monday issued directives to the provincial health ministry to administer vaccinations to 0.1 million people every day in order to overcome the surge in Covid-19 infections.

Syed Murad Ali Shah issued the directions while chairing a meeting of the coronavirus task force this afternoon. He also directed to enhance the capacity of the Expo Centre vaccination unit to administer 50,000 vaccinations on a daily basis. The meeting was briefed that the highest number of cases in Sindh during the third wave totalled 1,064 on April 29.

The meeting was informed that an almost complete lockdown was enforced on May 9 (Saturday), adding that industrial units pertaining to exports will continue to operate during Eid. Speaking on the occasion, Murad said that considering cases reported between May 3 and 9, Karachi saw the second highest percentage of positive cases – 9.48%.

He expressed gratitude to the business community and the public for supporting the closure, adding that, “It was a difficult decision but we went ahead with it to protect the people.” On May 7, CM Murad announced closing all shops, including grocery stores at 6pm as the third wave of the coronavirus sweeps across the country. Restaurants will not be permitted to offer takeaways after sunset but they may continue home deliveries, he directed.

“We would further tighten enforcement of SOPs after Sunday and close Hawksbay, Sea View and other such recreational facilities for visitors,” he added, chairing a meeting of the coronavirus task force at the CM House. Besides, the provincial government has announced that all markets and businesses are to remain shut on Sunday – a day prior to the Eid-ul-Fitr holidays beginning from May 10.

The restrictions are to remain in place till May 16. Only grocery stores and essential services will be permitted to remain open during the closure.

Nasir Shah informed that the CM has categorically declared handling of Corona related situation as the top priority of Sindh government and said that for ensuring procurement of required COVID jabs, Sindh government may consider cutting down development funds to create fiscal space.

Mass vaccination center started functioning in Karachi where 25000 to 30000 people could be administered coronavirus vaccine on daily basis, he said adding that the CM has directed the health department to acquire another shade at Expo Center and enhance vaccination center capacity from 25,000 to 50,000 per day.

The CM also directed the chief secretary to set up a mass vaccination center at Hyderabad.

A similar arrangement may be made at Sukkur, Mirpurkhas and Larkana. The health department was directed to keep the vaccination centers operational during the Eid holidays.

Oxygen plants would be installed at tertiary care hospitals in Karachi, Jamshoro, Sukkur and Larkana, Nasir Shah said and added that CTF meeting was told that the daily production of oxygen was 798 MT per day against which demand has been recorded at 724.60 MT, including 534.80 MT for health care, 113.80 industries and 69.85 for distributors.

The chief minister directed the health department to prepare an urgent plan to install oxygen plants at all the five Tertiary care hospitals.

Responding to a question regarding a NAB letter under which the place of domicile of all the government employees from Grade BS-1 to BS-22 has been sought, the Info minister said that he believed that the letter has been issued without the knowledge of Chairman NAB.

“The NAB is not a services tribunal to check domiciles of the employees,” he said and added just after Eid the provincial government would give its stance.

Murtaza Wahab said that the NAB was only an anti-corruption body and it had nothing to do with the appointments, posting, transfer or removal from services and such other matters.

Talking about the row between Bahria Town and the local population, the minister said that the provincial government has taken strict action by removing Assistant Commissioner, Mukhtiarkar and SHO.

The police on the complaint of the villagers have registered FIR against the concerned officials of Bahria Town as well, he informed assuring that no excess to anyone would be allowed.

On a query regarding movement of people through railways, he said that road transport mainly the buses had already been closed while the CM had already proposed to completely restrict movement by banning all the means of transport including the railways.

Parliamentary Secretary on Health Qasim Siraj Soomro said that the health department was procuring vaccines so that mass vaccination drives could be started in the province. Nasir added that the chief minister has allocated Rs1.5 billion for procurement of the vaccine.

It was pointed out that the third wave of Coronavirus started on April 9 when 314 cases were detected, and it reached its peak on May 5 when 1,110 cases were diagnosed and now it seems to be dropping down to 911 cases on May 7 and 976 cases on May 9.

“The Eid holidays are critical- if people fail to follow the SOPs it would aggravate further,” the chief minister said and urged people to celebrate Eid with simplicity and avoid visiting relatives.

Secretary Health, analyzing deaths trend during the last 30 days, said on April 9 stemming from coronavirus we had two deaths and they went on increasing up to 24 on May 5 and then started showing a downward trend and on 9 May 16 deaths were reported.

All the members of the CTF paid tribute to doctors and health workers who were at the forefront in the fight against COVID. app