Vans co-founder Paul Van Doren dead at 90: ‘He was an innovator’ 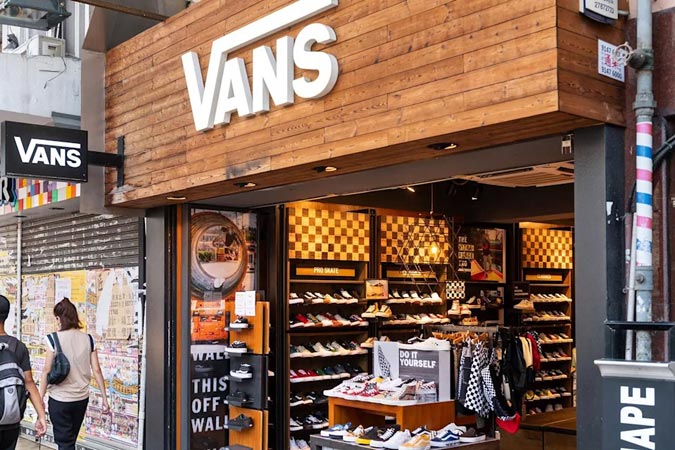 Paul Van Doren, the co-founder of Vans sneakers, has died at the age of 90. The shoe company announced his death on their social media pages on Friday, noting that Van Doren was an “innovator.” “It’s with a heavy heart that Vans announces the passing of our co-founder, Paul Van Doren,” the company’s statement read. “Paul was not just an entrepreneur; he was an innovator. We send our love and strength to the Van Doren family and the countless Vans Family members who have brought Paul’s legacy to life.”

The brand also shared a quote from Van Doren — “Do what’s right. Stand behind what you do every single minute of every day. Take care of people.”

“I lost my best friend last night,” he wrote. “A great farther [sic] an innovator and with 3 other great partner started Vans 55 years ago. He loved People Vans, Horse Racing and us kids 5 siblings 10 grandchildren, 10 great grandchildren and his last meal 3 days ago was a Root Beer float. Van Doren style.” Steve concluded, “Thank all of you for all your well wishes. The Van Dorens love you all.”

Born in 1930, Van Doren dropped out of high school at the age of 16 to work at a local Massachusetts shoe factory, according to the Los Angeles Times. About 20 years after leaving school, he founded Vans alongside brother Jim and two other partners — opening their first store in Anaheim, California, in 1966. “The first person gave me a $5 bill; a pair of shoes was $2.49,” he told Los Angeles Magazine of the store’s opening day while promoting his recently released memoir, Authentic. “But I didn’t have any money in the cash register, so I gave her the shoes,” Van Doren continued. “We ended up selling 16 or 18 pair of shoes that day. You know what? I said, ‘Come back later to pay.’ Every one of those people came back and paid.”

Vans soon became the shoe of choice for skateboarders and the brand sponsored various athletes throughout the 1970s. The company’s popularity among that crowd was then solidified with the 1982 debut of the iconic black-and-white checkerboard slip-ons. Decades later, the company makes about $2 billion a year in sales, according to the Associated Press, and remains popular among skateboarders and non-skateboarders alike.