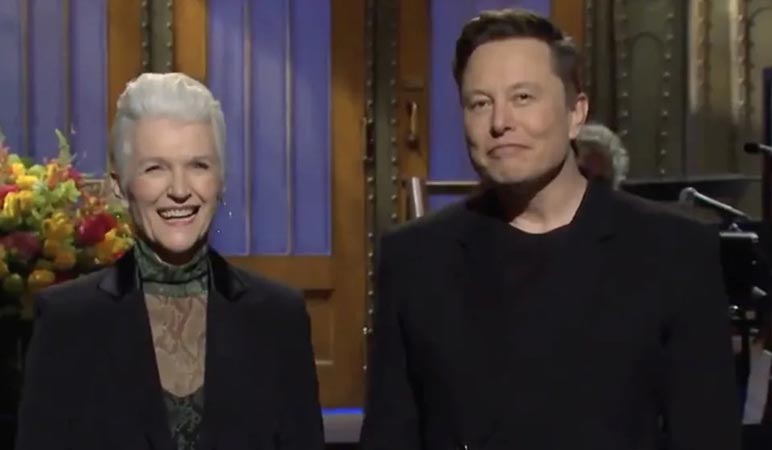 Heading into the Elon Musk-hosted episode of Saturday Night Live, some Not Ready for Primetime Players suggested they weren’t onboard with opening Studio 8H up to the controversial tech entrepreneur.In the end, though, the majority of the cast — including breakout star, Bowen Yang, who took a social media swipe at Musk — opted to share the stage with Lorne Michael’s controversial choice of host. (One performer that did the episode out was Aidy Bryant, who also shaded Musk on Twitter; the Shrill star showed up for Miley Cyrus’s cold open Mother’s Day concert, but didn’t appear in any sketches.) As for Musk, he stuck by his pre-show promise to behave himself… maybe because his mother was in the house. Mae Musk joined her son onstage for his monologue, during which he revealed for the first time that he had Asperger’s syndrome, a developmental disorder that places him on the autism spectrum.