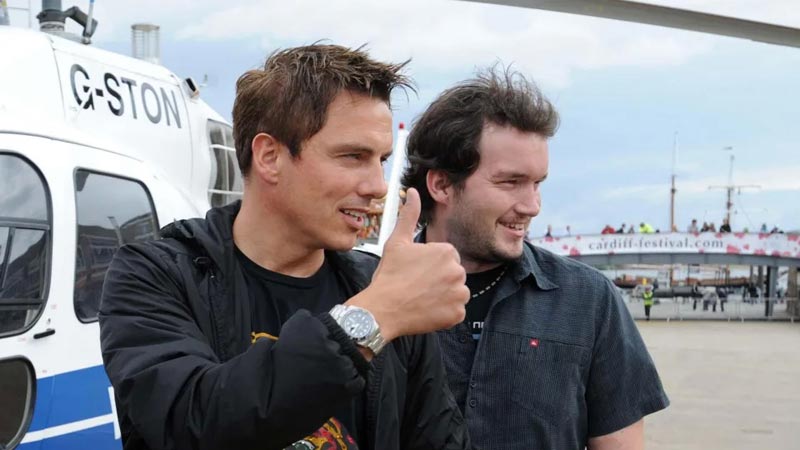 John Barrowman’s Torchwood co-star Gareth David-Lloyd has defended the actor amid the ongoing row over allegations he regularly exposed himself on set.

David-Lloyd played Ianto Jones — the boyfriend of Barrowman’s Captain Jack Harkness — in the Doctor Who spin-off between 2006 and 2009.

In the wake of the sexual misconduct allegations made against actor Noel Clarke, including some related to his time on Doctor Who, complaints have also been made about Barrowman.

A former runner on Doctor Who told The Guardian that Barrowman would jokingly expose his penis so often that “it was kind of accepted that it was his thing”.

The multiple sources who mentioned Barrowman’s behaviour stressed that it was intended humorously and was contextually very different to Clarke’s actions.

David-Lloyd has now told Metro that Barrowman “would have never behaved in a way he thought was affecting someone negatively”.

The 40-year-old added: “In my experience on Torchwood, John‘s behaviour on set was always meant to entertain, make people laugh and keep their spirits and energy high on what were sometimes very long working days. “It maybe that because we were so close as a cast that professional lines were sometimes blurred in the excitement. I was too inexperienced to know any different but we were always laughing.” David-Lloyd further said Barrowman was “a whirlwind of positive energy” and a “wonderfully supportive lead actor” to many of the less experienced Torchwood cast members.

Producer Julie Gardner told The Guardian she “reprimanded” Barrowman after allegations were made about his behaviour on Torchwood, while the BBC said “robust processes are in place” for investigating complaints.

Accusations against Barrowman surfaced after a 2014 video of Clarke describing the star exposing himself on set went viral, with several women subsequently coming forward to The Guardian.

In a statement to that publication, Barrowman admitted to “tomfoolery” and said his antics were “only ever intended in good humour to entertain colleagues on set and backstage”.

He added: “With the benefit of hindsight, I understand that upset may have been caused by my exuberant behaviour and I have apologised for this previously. “Since my apology in November 2008, my understanding and behaviour have also changed.”

Barrowman is now a judge on ITV skating show Dancing On Ice and made a return to Doctor Who in its 2020 series, playing Captain Jack for the first time since Torchwood ended in 2011. The fallout from the allegations against Clarke continues to spread, with the Kidulthood star suspended from Bafta after the Guardian investigation went public.

ITV axed the final episode of crime drama Viewpoint, in which he appeared, but made it briefly available online to fans. Clarke has denied allegations of sexual misconduct, criminal wrongdoing or sexually inappropriate behaviour.