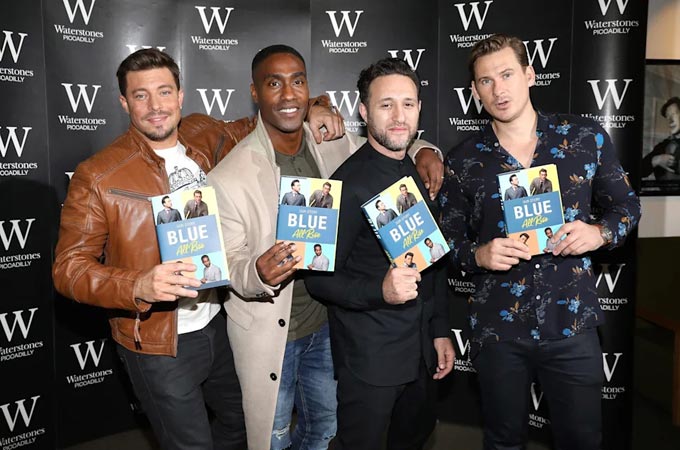 Blue once jumped aboard a private jet provided by fashion icon Donatella Versace, only to be snubbed by her on arrival as the plane was really intended for Blur.

The 66-year-old singer, perhaps unsurprisingly, was not a devotee of the All Rise chart-toppers and was surprised not to be greeted by the Britpop quartet.

Appearing on the podcast Ben Behaving Dadly, Blue band member Antony Costa told host Ben Hanlin that they received an invite to Milan Fashion Week from Versace and were delighted to go.

He said: “So we get a private plane out there, they flew us out there. We landed, went to the fashion show, and afterwards they were like: ‘Look, we want you to meet Donatella.'”

Costa added: “So we lined up, like we were meeting the Queen, and she looked at us.

“I said to [Simon] Webbe: ‘This is a bit weird, we’re supposed to be one of the guests. Why wouldn’t she want to say hello?’

“Anyway, to cut a long story short, when we get back to London, she had invited Blur and not Blue.”

Costa revealed he later met Blur bassist Alex James at an event and they shared a joke about how Blue had stolen his ticket to the swanky fashion show.

Versace evidently preferred Parklife to One Love — and fell victim to auto-correct, presumably.

Blue formed in 2000 and regularly topped the charts until their split in 2004 following the release of compilation album Best of Blue.

They reunited in 2011 and represented the UK at the Eurovision Song Contest, finishing in 11th place with the song I Can. Blur, meanwhile, have been active since the 1990s and most recently reunited for the 2015 album The Magic Whip and its associated tour. Both acts have sold millions of albums, though it’s unclear how many were bought by Donatella Versace.