Bilawal hits hard on PM for being insensitive to rising inflation, poverty 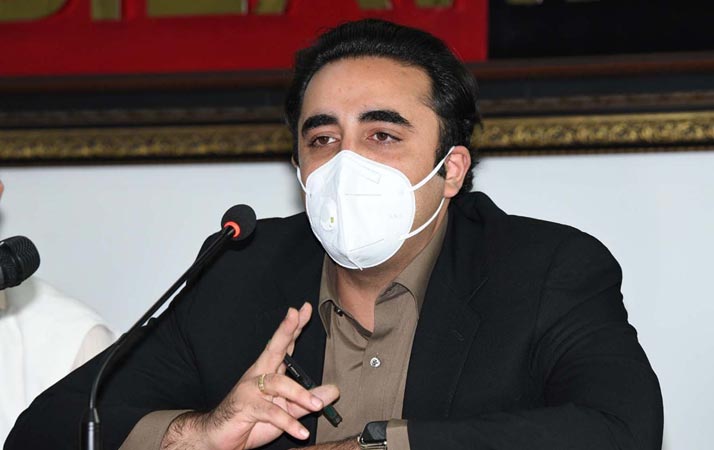 In a statement issued here on Sunday, Bilawal Bhutto said that the rate of poverty was dangerously on the rise. He said with a 30% rise in poverty rate, 80.5 million people are standing on the edge of the poverty line. He said daily 15 to 20 people are ending their lives by committing suicide due to poverty.

Bilawal asked the Prime Minister Khan to come out of his dream world and assess the ground realities. He said for a common man life has become very hard. He said the government has again raised the power tariff to extract Rs 90 billion from the pockets of poor people.

He posed a question: if the inflation rate exceeds 14%, how would a common man survive? He said medicine prices in Pakistan have increased 100% adding that no one cares about the poor man.

Bilawal said the government makes amnesty schemes for the ‘elite’ and “langar khanas” for the poor. He told the prime minister that this won’t work.

The PPP chairman said if rumours of 20% retrenchment in the industrial sector after Eid turned out to be true then the situation would become more difficult.

He said the premier who always blames corruption being the main reason behind the country’s bad economic situation, it is in fact his anti-people thinking that has economically destroyed Pakistan.

Earlier, Election Commission of Pakistan on Sunday announced PPP’s Qadir Khan Mandokhail name as having returned to the National Assembly following his victory in the NA-249 by-election in Karachi.

“In pursuance of the provision of sub-section (1) of Section 98 of the Elections Act, 2017, […] the Election Commission of Pakistan hereby publishes the name of candidate returned to the National Assembly of Pakistan as a result of by-election held on 29.04.2021 from the under mentioned constituency,” read the notification.

Pakistan Peoples Party (PPP) chairman Bilawal Bhutto Zardari on Sunday has felicitated his party workers on winning by-election in National Assembly (NA) constituency NA-249 Karachi again after the vote recount. In a post on social-networking website Twitter, the PPP leader said, “After recount we’ve expanded our lead to over 900+ votes.” False accusations have been exposed and the truth has prevailed. People of Karachi have rejected selected and placed their hopes in PPP, he added.

When the unofficial by-poll results were first announced, Mandokhail won with 16,156 votes, whereas Ismail came in second with 15,473, resulting in a difference of 683 votes. The low margin of votes had prompted Ismail to petition the Election Commission of Pakistan to hold a recount. The ECP, accepting Ismail’s application for a hearing, issued a stay order, withholding results of the by-poll.

On May 4, following a hearing, it ordered a recount on May 6, which was boycotted by all parties except for the PPP. The vote recount hit a snag when candidates objected to unsealed bags that were brought for a recount and came out of the District Returning Officer’s office in protest.

The PTI had gone so far as to file a petition with the ECP seeking annulment of the by-election in NA-249 due to alleged rigging. However, ECP officials decreed that “the recount process will be completed as per the order”.