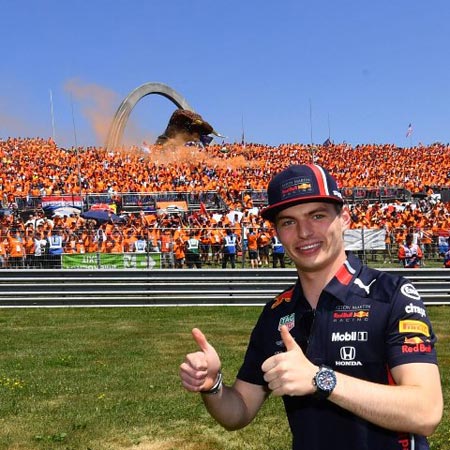 MONTMELÓ: Max Verstappen edged Lewis Hamilton for the fastest time in the third and final practice session for the Spanish Grand Prix ahead of Saturday´s qualifying. Verstappen pushed his Red Bull to a session-best lap of 1 minute, 17.83 seconds. Hamilton, who leads Verstappen by eight points in the Formula One standings, was just 0.23 slower in his Mercedes. Verstappen had finished the first two practice sessions on Friday with the second- and ninth-fastest times. Ferrari pair Charles Leclerc and Carlos Sainz had the third- and fourth-fastest times, respectively, just ahead of Mercedes´ Valtteri Bottas on Saturday. The final practice session under sunny skies near Barcelona was incident-free except for a tire puncture that sent Lando Norris´ McLaren into the gravel momentarily. Norris, who is a distant third in the points standings, finished with the sixth-best time. Later, Hamilton will aim for his 100th career pole position.