Bojan Bogdanovic torched Denver for a career-high 48 points as the Utah Jazz remained in top spot in the Western Conference with a 127-120 victory over the Nuggets on Friday night.

The under-manned Jazz were without their dynamic guard duo of Donovan Mitchell and Mike Conley, but throughout their injury absences other Utah players have been stepping up and Friday it was Bogdanovic’s turn.

“I’m playing better. I’m shooting the ball better,” Bogdanovic said. “So I’m getting in the right shape in the right moment right before the playoffs.”

Jordan Clarkson had 21 points and eight assists for the Jazz, who improved to 48-18 and are one game ahead of Phoenix for the top seed in the Western Conference. Clarkson was coming off a 30-point game against the San Antonio Spurs on Wednesday.

Like Utah, the Nuggets are limping into the postseason. But they are still getting it done even though all-star Jamal Murray is out for the season with a torn ACL.

Michael Porter paced Denver with 31 points, Nikola Jokic finished with 24 points, 13 assists, and Paul Millsap chipped in 19 points for the Nuggets, who have won 10 of 13 games since Murray got injured. “What didn’t we see from him tonight?” Jazz coach Quin Snyder said of Bogdanovic. “He was making great reads. He really scored every way possible.” Bogdanovic nailed a three pointer with 4:39 left in the fourth to give the Jazz a 114-106 lead.

Denver went on a 5-0 run to cut the lead to just three. Clarkson then hit a three-pointer and Gobert made a basket to make it 119-112. Denver clawed their way back to get within three points with a minute remaining but Clarkson sealed the victory with the last of his six threes.

Denver shot 60 percent from the field and 50 percent from three-point range. In Portland, Damian Lillard put on a show for the fans scoring a game-high 38 points as the Trail Blazers defeated the slumping Los Angeles Lakers 106-101 in a key positional game as the playoffs draw closer.

CJ McCollum scored 21 points for the Trail Blazers, who welcomed fans back to the Moda Center for the first time this season.

Portland moved into sixth place in the Western Conference, while dropping the Lakers into seventh place.

The victory gives the Trail Blazers the important tiebreaker edge in the standings after they won two of three games over the Lakers this season. The top six in the conference avoid this season’s new play-in round.

Anthony Davis finished with 36 points and 12 rebounds for the Lakers, who lost for the eighth time in the past 10 games. The Lakers played without injured LeBron James (ankle) and Dennis Schroder, who was out because of health and safety protocols.

Doncic became just the fourth-youngest NBA player (22 years, 67 days) to reach 5,000 points when he scored his seventh point of Friday’s game. Only Carmelo Anthony, LeBron James and Kevin Durant did it at a younger age. Doncic played just 23 minutes and also had eight rebounds.

With the win, the Mavericks clinched the Southwest Division title, giving them the fifth seed if there is a three-way tie with the Los Angeles Lakers and Portland. 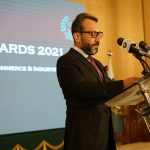