Greece to reopen museums next week, ahead of tourism 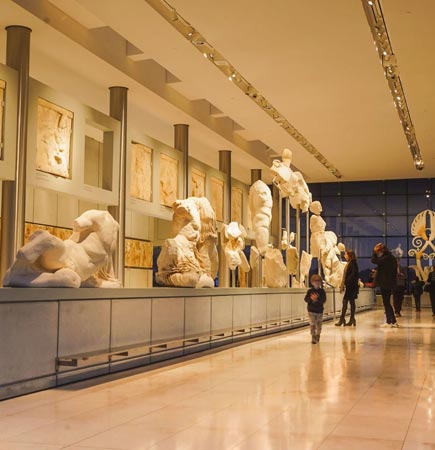 Museums in Greece will reopen to visitors next week, a day before the official start of the tourism season on May 15, authorities said on Friday. Venues such as Athens’ Acropolis museum, housing archaeological treasures found near the ancient citadel overlooking the city, have been closed since mid-November when a second lockdown was imposed to curb the spread of the coronavirus. The government started easing restrictions late last month after a small reduction in COVID-19 cases. It allowed bars and restaurants to reopen earlier this week while organised beaches will open on Saturday for the first time this year. “It is obvious that the country’s epidemiological picture is showing a steady improvement,” Deputy Civil Protection Minister Nikos Hardalias said. He said authorities had recorded a reduction in the epidemiological burden, as the number of infections fall and vaccinations increase, in 61 regions including Athens and Thessaloniki and an increase in only 10 regions. Tourism accounts for about a fifth of Greece’s economy and job market, and after the worst year on record for the sector last year the country can ill afford another lost summer.