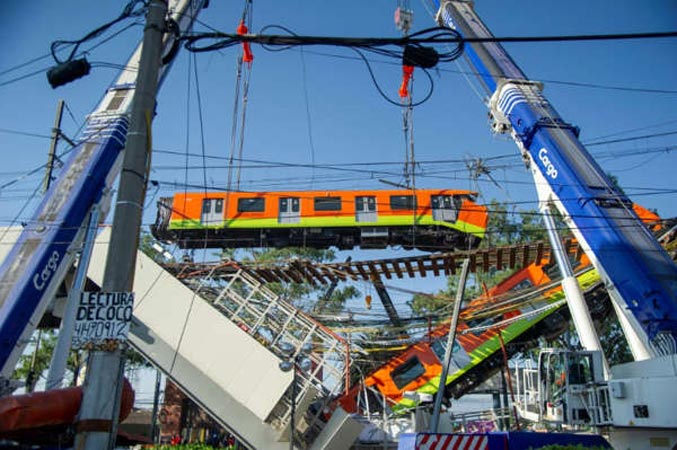 The collapse of a Mexico City metro overpass that left 26 people dead could have been caused by defects in the steel beams or damage to the joints, experts told AFP. The capital’s mayor, Claudia Sheinbaum, said after Monday’s accident, which also left 80 injured, that a beam holding up the section of elevated track had given way. Norwegian engineering company DNV has been asked to help prosecutors with the investigation into the disaster, which has prompted accusations of negligence and demands for justice from devastated relatives. Sergio Alcocer, a researcher at the engineering faculty of the National Autonomous University of Mexico, said that the collapse “may be due to a defect in the steel” used to make the beams. Like other experts, he based his initial suspicions on a police video showing the moment when an elevated part of metro line 12 collapsed, sending two carriages plunging towards the ground.