Sarina Isa to Ex-AGP: Give some rest to your lies

Seeks apology from Anwar Mansoor on his claims in YouTube interview 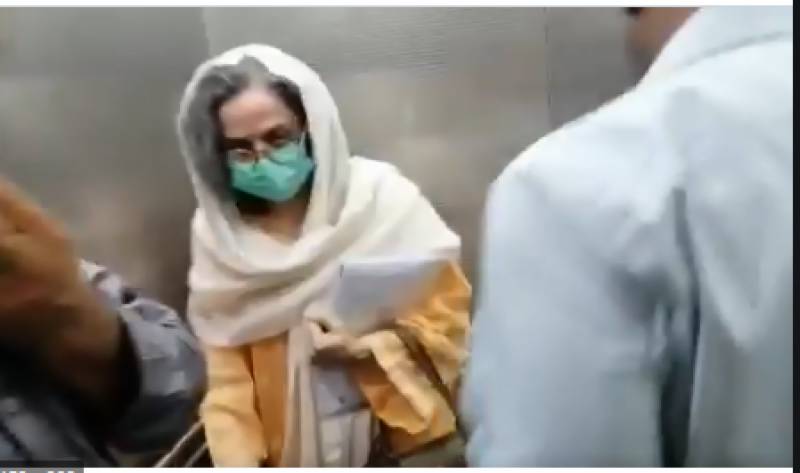 ISLAMABAD: Supreme Court Justice Qazi Faez Isa’s wife Sarina Isa has asked former Attorney General of Pakistan (AGP) Anwar Mansoor Khan to retract from what he had said against her and apologise to her within 48 hours.

In an ‘Open Letter’ addressed to Mr Khan on Saturday, she said, “You arranged to be interviewed on YouTube channel and spoke about me. I am surprised that you do not accept the verdict of the Supreme Court before which I had placed all relevant information and which had fully exonerated me.”

“I had joined you as a named party (respondent 6) to my review application No. 298/2020 and the Supreme Court issued notice to you. You had every opportunity to say what I stated on oath and to oppose my review but you did not do so. Instead, after the case was heard and decided, you once again malign and defame me. You also undermine the credibility and authority of the court. Why are doing so and on whose behest?” she questioned.

The letter further went on to say, “I am quite capable of responding to your lies (once again), but two years of sustained propaganda and rebutting lies has exhausted me and in a few days, I will be 61-year-old. Your dirty tricks sent my father to the grave with a broken heart. Please now show some decency and give you lies a rest.”

“Please retract all you said and apologise within 48 hours,” the letter concluded.