Locally processed Cansino vaccine to be available by May end 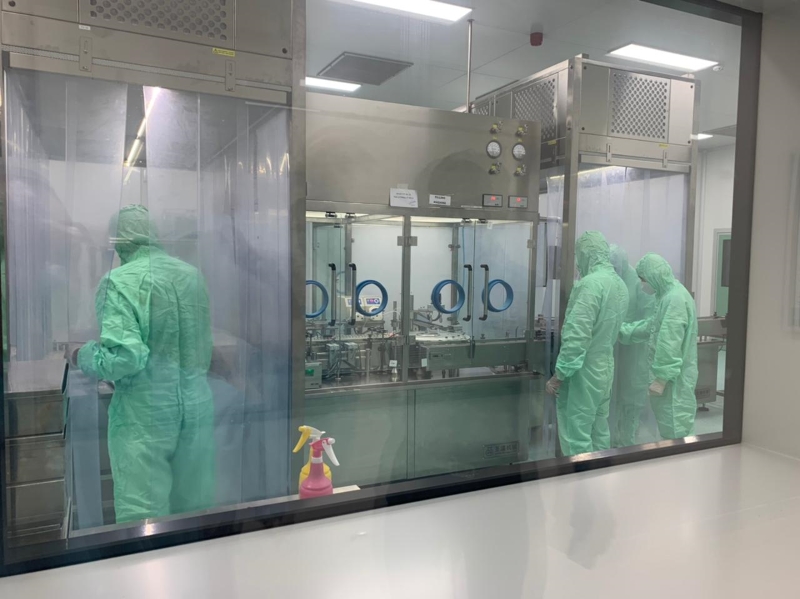 ISLAMABAD: Minister for Planning, Development and Special Initiatives Asad Umar on Friday said the first batch of the Cansino vaccine being processed locally at the National Institute of Health (NIH) would be available for use by the end of May.

He urged people to spend the last days of Ramazan and Eid with simplicity and caution.

In his tweet, Asad Umar, who also heads the National Command and Operation Centre (NCOC), said: “The first batch of bulk cansino vaccine being processed at the national Institute of health plant set up for this purpose last month. Specially trained team working on it. Will inshallah be available for use by end of May after going thru rigorous quality control checks.” In another tweet, he said due to timely decisions, the country was spared the kind of situation being witnessed in the neighbouring country. He, however, said the nation had to spend this critical time with caution.

According to the NCOC data, Pakistan saw another 140 patients losing their battle against coronavirus and 4,298 getting infected in a single day as the national positivity ratio was recorded at 9.58 per cent. With the emergence of the new cases, the tally of infections since the outbreak of the pandemic in the country has crossed 850,000. The death toll stands at 18,677 while the number of recoveries reported across the country is 747,755. Active cases remained at 83,699 as of May 7.

Health authorities have warned that the next few days were critical, calling on people to observe the standard operating procedures (SOPs) to prevent the spread of the virus.

During the last 24 hours, Punjab reported 1,995 new patients and 82 deaths. The total number of cases since the virus was first reported in the province has risen to 314,517 while the death toll has reached 8,891. Balochistan recorded 116 new cases during the last 24 hours, taking the provincial tally to 23,016. According to officials, with the new fatalities, the number of casualties has surged to 243. As many as 21,361 patients have also recovered from the virus in the province.

The most ventilators were occupied in four areas – Gujranwala 69pc, Multan 65pc, Lahore 64pc and Islamabad Capital Territory, 45pc. Similarly, the maximum number of oxygenated beds was in use in Swabi, 67pc; Peshawar, 64pc; Multan, 59pc and Gujranwala, 58pc. Around 653 Covid-19 patients are on ventilators elsewhere in the country with no person on vent in Azad Jammu and Kashmir (AJK), Gilgit-Baltistan and Balochistan.

As many as 747,755 people have so far recovered from the virus, with over 90pc recovery ratio.

A total of 12,101,832 coronavirus tests have so far been conducted while 5,678 patients are under treatment in hospitals across the country.

Earlier, Special Assistant to the Prime Minister on Health Dr Faisal Sultan had warned people of a “very risky period ahead” as Ramazan drew to an end and the days of Eidul Fitr holidays approached.

The prime minister’s aide acknowledged there were “initial signs of some stability” during the coronavirus pandemic but cautioned people against taking the infection lightly. “We are today in the midst of the third wave and while there may be very initial signs of some stability (in the third wave), these are very early days and this is a very risky period for us as the holy month of Ramazan is going to end and Eid is approaching,” he said at a webinar.

The webinar, titled ‘SOPs and vaccination: Solution for the Covid-19 Pandemic’ was attended by microbiologists, molecular biologists, medical professionals and students from the country as well as abroad.

Dr Sultan called on microbiologists and scientists to warn people about the dangers of coronavirus and encourage them to follow SOPs.