Khamenei says, Israel not a country, but a terrorist base 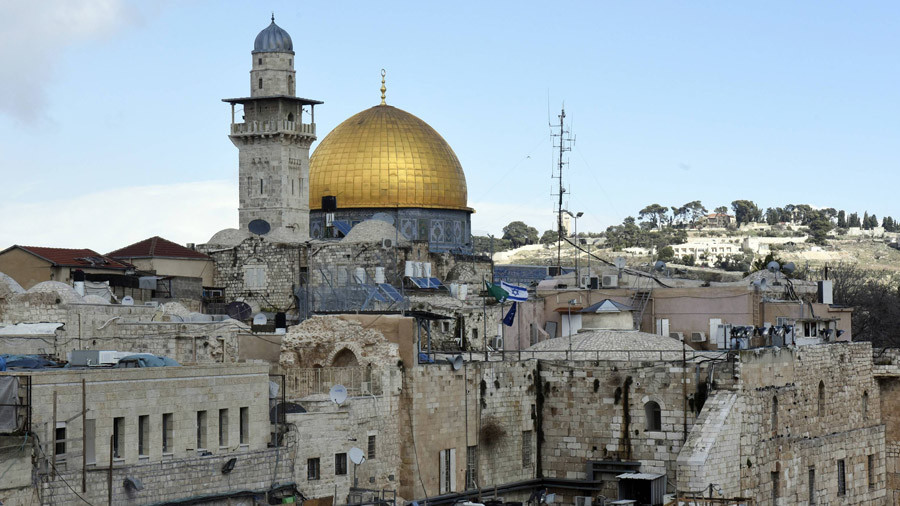 Iran called on the United Nations Saturday to condemn a bloody Israeli police action in the Al-Aqsa mosque compound in annexed east Jerusalem, saying it amounted to a “war crime”.

More than 160 people were wounded late Friday in clashes with Israeli police at Islam’s third-holiest site, as stones, bottles and fireworks were hurled at officers who fired rubber bullets and stun grenades at the crowd.

“This war crime once again proved to the world the criminal nature of the illegitimate Zionist regime,” he said.

Iran “calls on the United Nations and other related international institutions to act on their definite duty to confront this war crime”.

Tensions in Jerusalem have soared in recent weeks as Palestinians have protested against Israeli restrictions on access to parts of the Old City during the Muslim holy month of Ramadan, and as the threat of eviction has hung over four Palestinian families whose homes are claimed by Jewish settlers.

The United Nations called on Israel Friday to end forced evictions in annexed east Jerusalem, warning its actions could amount to “war crimes”.

Friday’s unrest came on the annual Jerusalem Day of solidarity with the Palestinians observed by Iran and its allies around the region.

In a keynote speech, Iran’s supreme leader Ayatollah Ali Khamenei called Israel “not a country, but a terrorist base” and stressed that “fighting this despotic regime … is everyone’s duty”.

Support for the Palestinian cause has been a pillar of Iranian foreign policy since the Islamic Revolution of 1979, and Iran and its allies are regarded by Israel as its biggest foes.

Israel occupied east Jerusalem during the Six-Day War of 1967 and later annexed it, in a move not recognized by most of the international community.