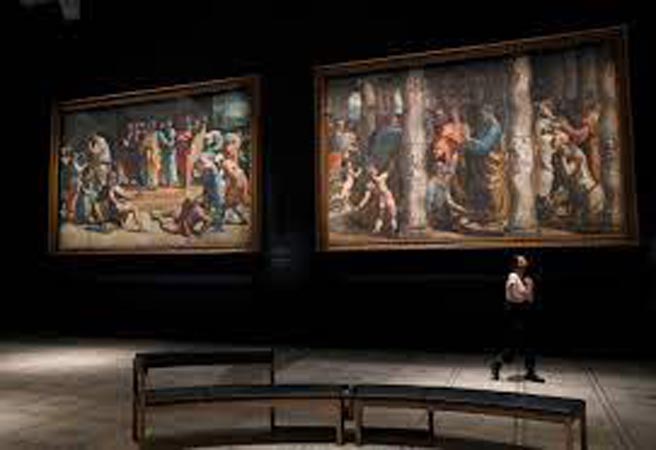 London’s Victoria & Albert museum unveiled a revamped look for its gallery holding the Raphael Cartoons on Thursday, following a refurbishment carried out to mark 500 years since the Italian Renaissance master’s death. The renovated Raphael Court features acoustic panelling, LED lighting and bespoke furniture, all aimed at showcasing the works’ colours and intricate details, the museum said. Raphael, who died in 1520 aged 37, painted the seven large designs for tapestries, which depict scenes from the lives of Saint Peter and Saint Paul, after they were commissioned by Pope Leo X for the Sistine Chapel. “Cartoon in this context is a work which is a design for something It’s a work which is a kind of design tool,” Philippa Simpson, director of design, estate and public programme at the V&A, told Reuters. “The works are probably some of the most significant Renaissance masterpieces in the UK.”