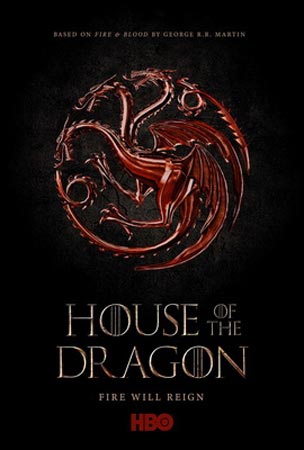 The first look of Game of Thrones prequel series House of Dragon is out, and it looks befittingly grand. The stills feature Emma D’Arcy as Princess Rhaenyra Targaryen, Matt Smith as Prince Daemon Targaryen, Olivia Cooke as Alicent Hightower, Rhys Ifans as Otto Hightower and Steve Toussaint as The Sea Snake. House of Dragon is based on George RR Martin’s book series called Fire and Blood. It is set 300 years before the events of Game of Thrones. The series adaptation has been created by George RR Martin and Ryan Condal. It also stars Paddy Considine, Fabien Frankel, Eve Best and Sonoya Mizuno in pivotal parts. House of Dragon is reportedly a limited series, consisting of only 10 episodes. Announcing the show, the official Twitter handle of Game of Thrones had tweeted, “#HouseOfTheDragon, a #GameofThrones prequel is coming to @HBO. The series is co-created by @GRRMSpeaking and Ryan Condal. Miguel Sapochnik will partner with Condal as showrunner and will direct the pilot and additional episodes. Condal will be writing the series.”