Mahekk Chahal reveals why she broke-up with Ashmit Patel 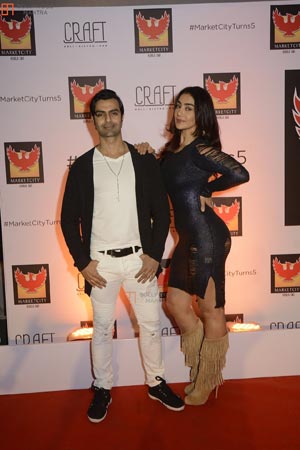 Actress and Bigg Boss fame Mahekk Chahal, who was one of the most talked-about contestants in Season 5 of the reality show is now gearing up to participate in yet another adventure show ‘Khatron Ke Khiladi 11’.

The stunning star in her recent interview with ETimes TV opened up on her split with actor Ashmit Patel. She said, “I chose to walk off. When you start living together and spending more time with a particular person, you get to know the real him/her. I don’t think that Ashmit was the right person for me.”

Adding on her post-breakup journey, Mahekk said, ‘My friends and family stood by me’

Adding on her post-break-up journey, Mahekk said, “My friends and family stood by me. I shared my issues with them. I was in Goa for a year. Owing to the lockdown, I would come down to Mumbai only if required. I spent a lot of time with nature in Goa; nature has a calming, soothing and healing influence on me. Time heals everything and this time was no exception. It was not easy as there was no work during COVID; so your mind tends to keep thinking the same thing. But I have finally healed myself.”

She also reacted to her break-up with Danish Khan. The actress revealed, “I like love, one is lucky if he/she falls in love. I am sorry for those people who are depressed and don’t get love. I am looking for love again.”

Mahekk and Ashmit dated for over five years reportedly before announcing an engagement in August 2017. But they called it quits last year.

Both Ashmit and Maheck have featured in different seasons of the reality show ‘Bigg Boss’. The former was a part of season 4 whereas the latter was seen in Season 5 respectively.