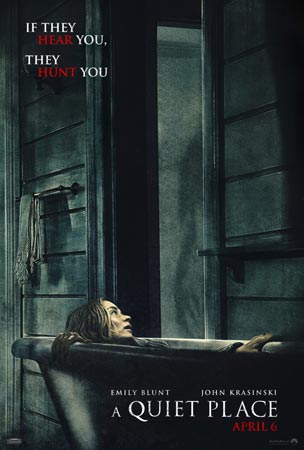 The final trailer of A Quiet Place Part 2, a sequel to the 2018 film A Quiet Place, is out. In the sequel, Emily Blunt takes up the job of protecting her children from monsters who get activated by sound.

The final trailer offers a peek at the threats awaiting the Abbott family as they are forced to venture into the unknown. Millicent Simmonds and Noah Jupe, who played Blunt’s kids in A Quiet Place, reprise their roles in the second part. Cillian Murphy and Djimon Hounsou are the new additions to the John Krasinski directorial.

The official synopsis of the film reads, “Following the deadly events at home, the Abbott family must now face the terrors of the outside world as they continue their fight for survival in silence. Forced to venture into the unknown, they quickly realize that the creatures that hunt by sound are not the only threats that lurk beyond the sand path.”

A Quiet Place Part 2 has received a positive response so far. Collider’s Steve Weintraub called the film a ‘great sequel’ as he tweeted, “#AQuietPlacePartII is a great sequel that expands the world. Had me on the edge of my seat the entire time. Movie is an hour and 45 minutes and when it ended wanted more. Is it too early to talk about #AQuietPlace3?”

The release of A Quiet Place Part 2 was pushed multiple times because of the outbreak of coronavirus. The film will finally hit theatres on May 28.