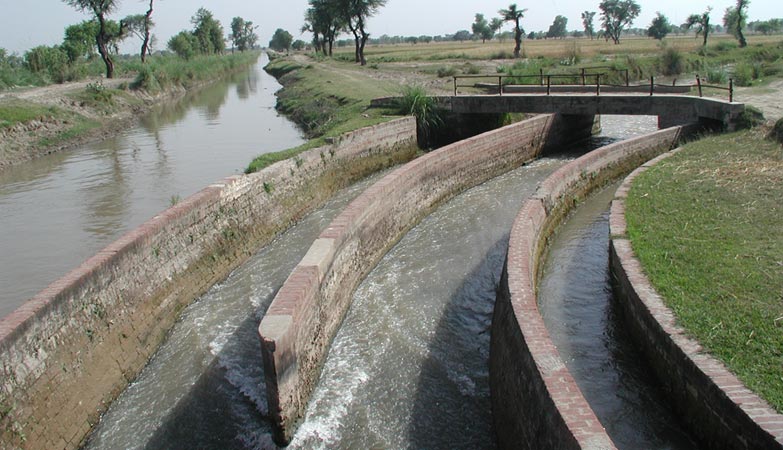 Enhanced Sino-Pak cooperation in irrigation sector is need of the time, China Economic Net (CEN) quoted experts as having said.

The experts noted that the International Monetary Fund, Pakistan has been ranked third among countries facing acute water shortage. The availability of water is only compounded by the conventional and highly wasting way of irrigation. To resolve this issue, Pakistan has tried to export advanced irrigation products and technologies from overseas to empower the agriculture sector, the mainstay of the Pakistani economy.

Due to successful pilots of the project, bilateral cooperation was expanded to research institutes. The China Institute of Water Resources and Hydropower Research (IWHR), for example, was responsible for the design for efficient irrigation for onions in 2011 in Punjab and held training sessions on the theoretical and operational know-how of efficient and water-saving irrigation for the Pakistan Water and Power Development Authority (WAPDA) in 2012.

“Chinese irrigation solutions promoted by Tianye have proved a success in demonstration zones in Pakistan. But a lack of investments has made it hard to popularise the efficient irrigation solutions.” commented Li Huijuan, senior engineer at National Water-saving Irrigation Engineering and Technology Research Center (Xinjiang). This view is echoed by Dr Gong Shihong, Deputy-Director of Department of Irrigation and Drainage, China Institute of Water Resources and Hydropower Research (IWHR).

The key lies in boosting the communication between Chinese and Pakistani irrigation companies, said Dr Gong. “Chinese high efficient irrigation solutions hold great potential to help popularise the drip irrigation in Pakistan. Cooperation between Chinese and Pakistani irrigation companies in this regard will familiarise more farmers with affordable, desirable Chinese irrigation solutions and motivate more farmers to adopt efficient irrigation. Realising the importance of B2B communication, Xinjiang Tianye signed a strategic memorandum of understanding with the Fatima Group in October, 2019, Li revealed. With the support of the Fatima Group, Tianye’s irrigation technologies have been introduced to Bela, Balochistan and are likely to find their way in more farmlands in the future, said Li.

Dr Gong told CEN, an International Cooperation Office has been recently established by a Chinese water-saving association to facilitate and promote more such cooperation. The office will serve as a bridge between Chinese and Pakistani irrigation enterprises by exploring the needs of Pakistani people and companies and communicating them to Chinese companies so that they can provide customised irrigation solutions for Pakistan, commented Dr Gong. Government-level promotion will also be part of the answer to an efficient irrigation-oriented future. “In China’s case, the government promotes the efficient irrigation technology and encourages the investments from companies which in return introduce irrigation technologies to farmers.”