* Imran Khan says had overseas Pakistanis not been sending remittances, the country would have gone bankrupt
* Lists 17 services which embassies are duty-bound to render for facilitation of expatriates 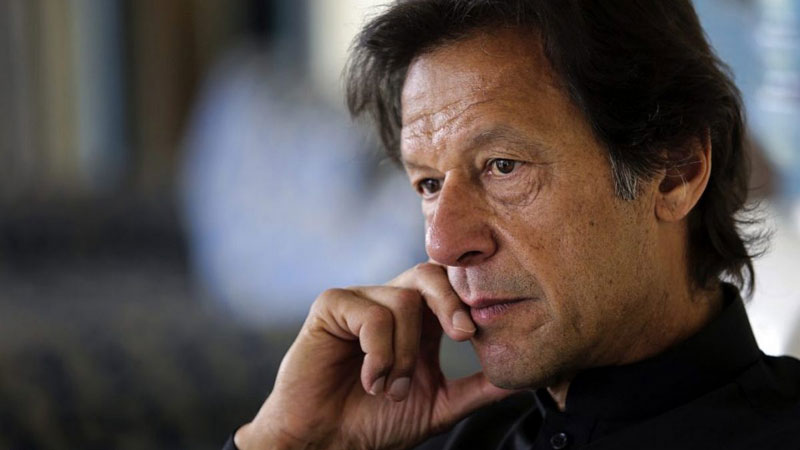 Prime Minister Imran Khan Wednesday pointed out the indifferent attitude of officers and staff at Pakistan’s missions abroad in resolving the problems of diaspora and urged them to adopt the passion of serving the overseas Pakistanis, whose remittances are contributing a lot in running the country.

“Overseas Pakistanis are our major strength. Pakistan is running on their remittances. Had they not been remitting, the country would have gone bankrupt,” Imran Khan said while addressing the country’s ambassadors and high commissioners via video link.

The prime minister referred to his 20 years of living experience in England and said he himself witnessed the indifferent attitude of officers and staff at the Pakistan High Commission in London towards the labour class diaspora. Pakistan’s ambassadors during the decades of 1970s, 80s and 90 used to behave like masters of the colonial days, he remarked.

Imran Khan mentioned the recent complaints received at the Citizen Portal about the indifferent and callous attitude of officers and staff at Pakistan Embassy in Saudi Arabia towards the diaspora, which was shocking. “It is unfortunate how we [staff and officers at the embassies] deal with the overseas Pakistanis. This will not go on further. It cannot go on in this way during the current era. The embassies are duty-bound to serve the diaspora,” he maintained. The prime minister listed the 17 services, which the embassies were duty-bound to render for the facilitation of overseas Pakistanis, including the attestation of education documents, marriage papers, driving license, experience certificate, power of attorney, affidavit etc.

He said there were complaints of unnecessary delays, not adhering to time and indifferent attitude of the staff in providing those services particularly in Saudi Arabia and the United Arab Emirates, from where Pakistan received maximum remittances.

The prime minister highlighting the importance of overseas Pakistanis, who work hard for 12 hours a day and share rooms with eight to 10 people to save money to feed their families back home and were sending maximum remittances from Saudi Arabia and the United Arab Emirates, said if they came back to the country, the government could not give them jobs. “We have to help them and support them,” he remarked.

Referring to the complaints received from Saudi Arabia about the officers and staff of Pakistan Embassy, including the lack of passion to resolve the issues, no policy level decisions, just fire-fighting and no formal communication with the diaspora, Imran Khan said a high level inquiry was underway.

He also referred to the complaints from Kuwait where an official at the Pakistan Embassy was taking 250 to 300 dirhams from the overseas Pakistanis on the pretext of their legal documentation from National Database and Regulatory Authority (NADRA).

Similarly, the prime minister said, the Pakistan Embassy in Saudi Arabia was forcing the diaspora to get polio drops despite the fact that the persons showed certificates of Saudi authorities for having got the polio drops.

Pointing to the poor communication of Pakistani embassies with the diaspora, he called for establishing websites at the missions for communication with the community. The websites should be also linked with the Citizen Portal for effective monitoring for the purpose of reward and punishment, he added.