Punjab to impose a 9-day complete lockdown from May 8

Checkpoints to be set up at entry and exit points; army and paramilitary forces will assist police to monitor situation 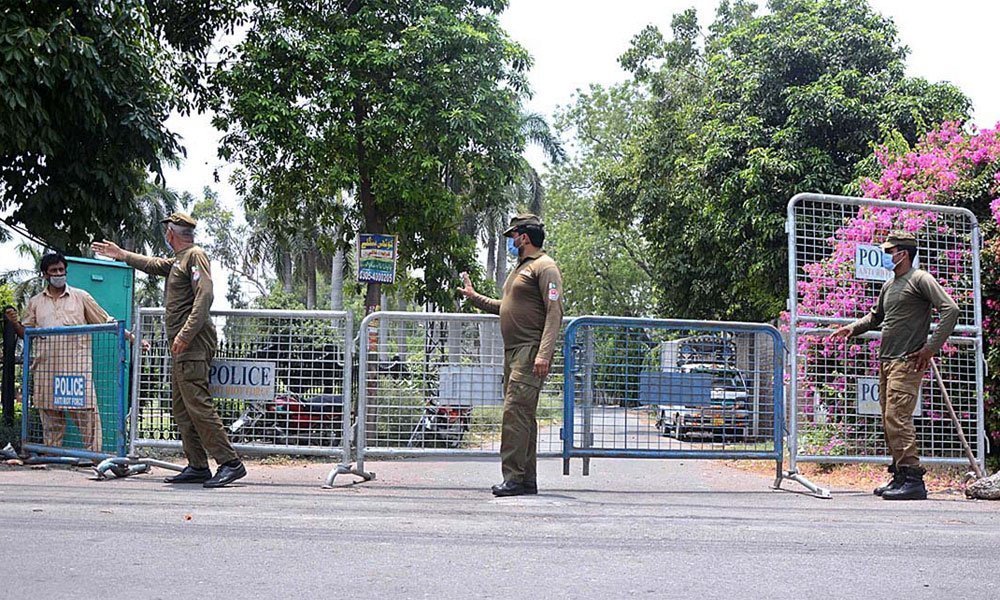 The provincial government has decided to impose a complete lockdown in all over Punjab from May 8 to May 16 due to the increasing number of coronavirus cases.

Chairing a meeting in Lahore, Punjab Minister for Health Dr Yasmin Rashid said that all activities will be banned in the province on the designated dates, while public transport will be suspended and all recreational spots will also remain closed.

The government decided to set up checkpoints at all entry and exit points of the provincial capital, where police, paramilitary forces and army personnel will be deployed to monitor the situation. Dr Yasmin Rashid said that the next 20 days are crucial in order to control the coronavirus situation in the province.

The minister said that that the government was employing efforts to curb the spread of the virus. Owing to the third wave of the virus, people should celebrate Eidul Fitr in a simple way, she said, adding that people should follow the government-mandated coronavirus standard operating procedure (SOPs) and prove themselves as responsible citizens.

With no signs of coronavirus pandemic going away anytime soon, Pakistan reported 4,113 new coronavirus infections, raising the total case tally to 841,636 across the country. The National Command and Operation Centre (NCOC) data shows that the positivity ratio in Pakistan stands at 9.17% as of today whereas the number of active cases is reported at 84,480.

With 119 new fatalities, the country’s death toll stands at 18,590. Most deaths were reported in Punjab followed by Sindh and Khyber Pakhtunkhwa. In addition, nationwide recoveries were recorded at 738,727. Punjab remains the worst-hit province by the pandemic both in terms of cases reported as well as deaths followed by Sindh, Pakhtunkhwa, and Balochistan.