Covid death toll below 100 for first time since April 25

* Another 79 fall prey to virus as 4,213 more test positive across Pakistan 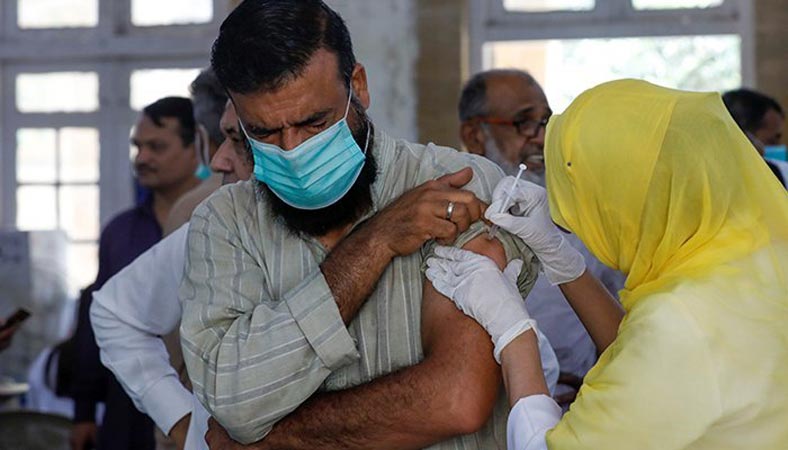 The national tally of total active Covid-19 cases was recorded 87,953 as 4,213 more people tested positive for the deadly virus across country on Monday.

Seventy-nine patients died on Monday, bringing the single-day death toll to below hundred first time since April 25. Of 79 deaths, 73 were under treatment in hospitals and six in their respective quarantines or homes, according to the latest update issued by the National Command and Operation Centre (NCOC). Most of the deaths occurred in Khyber Pakhtunkhwa, followed by Punjab. Out of the total 79 deaths, 24 were under treatment on ventilators.

About 18,149 deaths were recorded in country since the eruption of the contagion.

Around 728,044 people have recovered from the disease so far across Pakistan making it a significant count with over 90 percent recovery ratio of the affected patients.

A total of 11,928,095 corona tests have been conducted so far, while 631 hospitals are equipped with Covid facilities. Some 6,534 corona patients were admitted in hospitals across the country.

Meanwhile, Special Assistant to PM (SAPM) on National Health Services Dr Faisal Sultan said on Monday that vaccination of people aged above 40 years against Covid-19 has started from Monday. Briefing the media, he said about 150,000 vaccines are being administered on a daily basis but the government plans to vaccinate 300,000 people in a day. He said the government has signed deals for procurement of 30 million Covid vaccine doses. He said 19 million doses will be received by June this year, clarifying that the government is not relying on donations but 90 per cent of the vaccine doses are being purchased. He said that 70 million people will be vaccinated against Covid-19 by the end of this year.

The SAPM said that local packaging of single dose CanSino vaccine is about to begin in the country. Three million doses of this vaccine will be prepared at the National Institute of Health per month, he added.