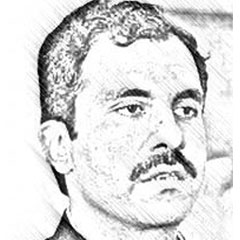 The Oracle is spying a world whose politics, economics, state dynamics including power composition and societies, will be undergoing significant change. The US National Intelligence Council ‘Global Trends 2040: A More Contested World’ report published back in March draws five distinct world scenarios of what the world will look like in twenty years. These compendiums are shaped by the intersection of different elements, including: demographics, human development, the environment, economics and technology.

Current demographic trends tell us that the collective population is rapidly aging. Developed economies that include Europe, China, South Korea, and Japan are home to aging populations that will significantly impact their economies as the working age population contracts severely. Thus, this would push them to be flexible with immigration which will have its own problems such as, rising inter- and intra- state conflicts. At the same time, the developing countries, especially the South Asian and Sub-Saharan African countries, will be expanding in working age populations. But these countries would be more stressed to respond to their young populations in terms of providing them with services in education, health and poverty reduction, especially when the global economic growth will be slow. This will test governments and states as the risk of increased conflicts grows.

The impact on the environment will leave no country ‘immune’ from its effects. The physical aspects of environmental degradation will pose threats to human health, economic well-being, water, food and energy security. This will give way to multiple conflicts. Yet the powerful countries will find it a challenge to cut down on economic returns in favour of long-term environmental gains. The effects will be disproportionate and the developing and poor countries will be the most vulnerable.

The first scenario is led by the US and its democratic allies; the second is dominated by China, although Beijing does not achieve global hegemony, while the third envisages a world of US-China-dominated competitive co-existence

On the economic front, a slowing of global economic growth worldwide is predicted. Especially hard hit by the current pandemic, national debts will rise globally and as states manage this while also delivering public services, supra-state corporations will step in to fill the gap. Indeed, the latter will become so powerful that they will yield enormous influence over nation states.

Lastly, technology has a critical role to play in tackling environmental issues as well as disease. However, its intervention, especially with the rise of Artificial Intelligence, will create new problems in the shape of space diplomacy, cybercrime, job disruptions and the rising power of the private sector. Technological advancement and its fruitful harvesting again would vary from country to country and region to region. Technology will also remodel the element of power in the political and societal arenas.

These elements together will have their societal state and international impacts creating some peculiar conditions. As these conditions persist, the world will see five possible futures, of which the first three are the most probable and the later two somewhat fit in everywhere. The first scenario is led by the US and its democratic allies; the second is dominated by China, although Beijing does not achieve global hegemony, while the thirde envisges a world of US-China-dominated competitive co-existence

Technological sophistication levels, especially Artificial Intelligence and Biotechnology, will be achieved by the US which will help the rise in economic growth that in turn will enable the states to be responsive to peoples’ needs, and with the satisfaction of the peoples demands, states will flourish and democracy will thrive while at the same time societies will prosper and civic nationalism will restore. While these states flourish in democracy, there is dependence and gloom on the other part of the world under the suppressive regimes in Russia and China.

In the World Adrift scenario, the world fails at economic re-organisation and finds itself mainly stuck in managing national debts instead of fulfilling peoples’ needs, societies are engulfed by protests and polarisation, environmental and health hazards outstrip states priorities, migration increase brings states into conflict and the world drifts towards China. This drift will be caused by Chinese powerful centralist approach, coercive public-government trust, steady GDP growth and the international programmes of infrastructure that turned many countries towards China. But the same time, China remains unable to fully lead the world as non-state actors and multi-nationals enjoy technological supremacy, while the US rallies around. China never becomes the undisputed leader of the world.

In the third scenario of competitive co-existence, both China and the US are friendly rivals whose handshake is based on economic growth and trade leaving the question of climate change unattended.

This is how the world will possibly look like by 2040. It is not fixed that things will play out as above but does show “someone’s” intention, wish or action-plan at least of how that someone is seeing the world around. Still, there could be something entirely different than that which the report present: it maybe something never stated and thus never said but actually done!