* Pakistani nationals, medical emergencies exempted; policy will remain in effect till May 19 midnight 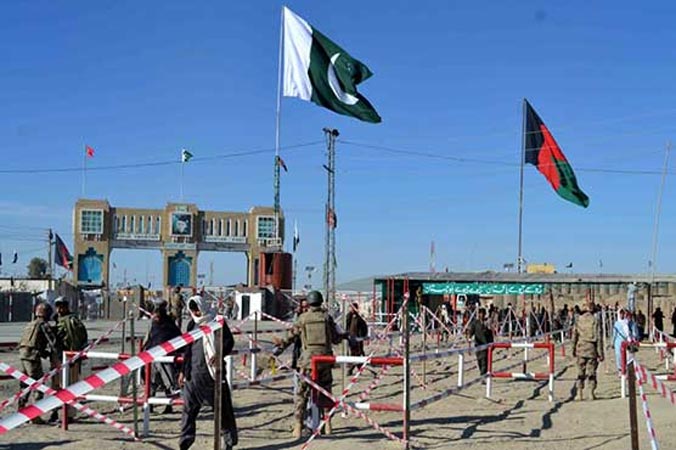 In view of keeping new variants of Covid-19 away from Pakistan, the National Command and Coordination Centre (NCOC) has decided to cease the inbound pedestrian movement from Afghanistan and Iran from Wednesday (May 5) with exception to Pakistani nationals desirous to return.

The National Command and Operations Centre (NCOC) reviewed on Sunday the existing land border management policy with Afghanistan and Iran in a bid to curb the spread of Covid-19 variants. The revised policy will only be applicable to inbound pedestrian movement, and is to come into effect from May 5.

“With the emergence of various variants and to restrain import of any new mutation to Pakistan, current policy of land border management with Afghanistan and Iran has been reviewed to ensure regulated inbound pedestrian movement and effective management of COVID protocols at Border Terminals (BTs),” the NCOC maintained.

Outlining the cardinals of the revised policy, the country’s nerve centre for Covid-19 management stated that, “Inbound pedestrian movement would cease with effect from midnight 4/5 May (0001 PST) with exception to Pakistani nationals in Afghanistan and Iran desirous to return and extreme medical emergency cases etc.”.

The NCOC further maintained that the policy will remain in effect till midnight 19/20 May and will be applicable only to inbound pedestrians with no effect on existing cargo/trade (bilateral/Afghan transit trade) movement. Border terminals, it added, will remain open for seven days a week.

“Employment strength of LEAs/health staff at BTs will be increased for implementation of testing protocols and to control high traffic density,” the statement maintained

According to the communique, all outbound pedestrian movement is permissible with the testing and quarantine protocols in place.

It further stated that inbound pedestrians will undergo Rapid Antigen Test (RAT). Any Pakistani national testing positive will be shifted to a nearby quarantine facility.

“Inbound pedestrians with Afghan exemptions will also undergo RAT testing at BTs. Positive cases, if any, will be reverted back to Afghanistan.”

The communique said that thermal scanning for all drivers/ co-drivers will be carried out on arrival at the BT. Symptomatic cases will undergo RAT testing, positive cases will be dealt as per procedure spelled above.

The NCOC further said that strict mobility control measures will be enforced in the country from May 8-16 to control the spread of the disease.

Quoting media reports in this regard, the authority added, “India ignored Covid-19 warnings and now [is] struggling to contain the disease.”

The national tally on Sunday of total active Covid-19 cases recorded 89,661 with 4,414 more people tested positive for the deadly virus and 5,193 people recovered from the disease during the last 24 hours.

One hundred and thirteen corona patients have died during the past 24 hours, 102 of whom were under treatment in hospital and 11 out of the hospital in their respective quarantines or homes, according to the latest update issued by the National command and Operation Centre (NCOC).

During the past 24 hours, most of the deaths have occurred in Punjab followed by Khyber Pakhtunkhwa.

Out of the total 113 deaths occurred in the last 24 hours 41 were on ventilators.

Around 663 ventilators were occupied elsewhere in the country while no COVID affected person was on ventilator in Gilgit Baltistan (GB) and Balochistan.

Around 722,202 people have recovered from the disease so far across the country making it a significant count with over 90 percent recovery ratio of the affected patients.

About 18,070 deaths were recorded in the country since the eruption of the contagion. Around 4,658 have perished in Sindh among 13 of them who died in hospital and one out of the hospital on Saturday.

3,350 died in KP as 39 of them died in hospital and one out of hospital on Saturday, while 691 breathed their last in Islamabad Capital Territory among eight deaths occurred in the hospital during past 24 hours,

237 died in Balochistan among one death occurred in hospital during the past 24 hours, whereas 107 died in GB and 477 in AJK among one of them succumbed to the deadly virus in hospital on Saturday.

A total of 11,882,141 corona tests have been conducted so far, while 631 hospitals were equipped with COVID facilities. Some 6,612 corona patients were admitted in hospitals across the country.