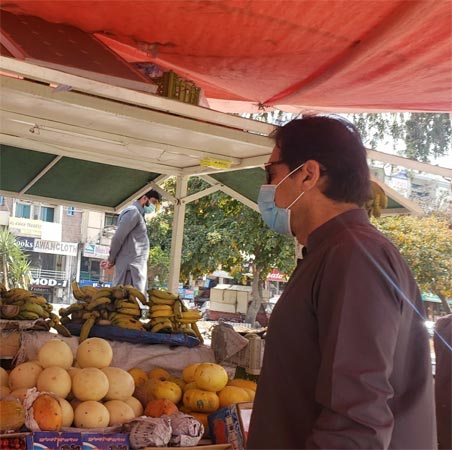 Prime Minister Imran Khan has directed that development projects should be focused in the next fiscal budget and special attention should be paid to reduce the inflation ratio.

Chairing a meeting regarding the next fiscal budget and to review the economic situation on Sunday, the prime minister said that all development projects should be finalised keeping in view the public needs.

The prime minister stressed the need for the upcoming of the budget to be people-friendly. He wants the focus to be on providing jobs to the youth in merged districts and uplift of the undeveloped areas. He said that relief should be provided to the oppressed classes.

The meeting sought suggestions regarding the incoming federal budget from senior leadership of the party. The meeting also discussed in detail the current economic situation, strategy to stop inflation and development projects during next fiscal year.

At a time when it is reported that Prime Minister Imran Khan could dissolve assemblies at any time, the premier on Sunday paid a surprise visit to the different areas of Islamabad without any protocol and interacted with the general public, especially the street vendors.

“Prime Minister Imran Khan drove himself to public places in Islamabad without any security and protocol. The PM visited G-11 Markaz and talked to vendors,” said a statement issued by the PM Office.

The premier inquired about the business conditions from the vendors amid the coronavirus pandemic and instructed them to follow the standard operating procedures (SOPs) issued to contain the spread of Covid-19.

The prime minister himself drove the car in the city to observe the arrangements of local administration for Ramazan.

Imran Khan also visited Sewerage Plant I-9 and Korang Cricket Ground in the federal capital, as per the official communiqué. He also inspected the stone lining of storm water drains.

Without creating any interruption in the traffic flow, the prime minister drove through the crowded streets of the city and also stopped at the traffic signal.

The people expressed pleasure and happiness on seeing their prime minister among them without any protocol.

Earlier a couple of days ago, Federal Minister for Planning, Development and Special Initiatives Asad Umer claimed that Prime Minister Imran Khan could dissolve assemblies at any time.

The statement came following the uncertain political situation and poor performance of the Pakistan Tehreek-e-Insaf (PTI) government on the economic and administrative level and strong criticism from the opposition, especially when it has lost the fresh by-election on a Karachi seat.

Talking to a private channel on Friday, Asad Umar said that Prime Minister Imran Khan would not bother to curtail his period in the PM office at any stage and time and whenever he would think better, he would dissolve the assemblies.

On some queries, Asad Umar said that he had no doubt about the PM’s state of mind as he could dissolve assemblies and he can do such things whenever he wants even just six months, one year or two years before completion of his government’s parliamentary tenure.

He said PM Khan has not come in power for just the sake of power and would not hesitate in dissolving the assemblies if he would not be given free-hand to implement his plans. He said PM Khan would prefer to go to people to get a fresh mandate by telling them about the hurdles he is facing to govern the country. news desk