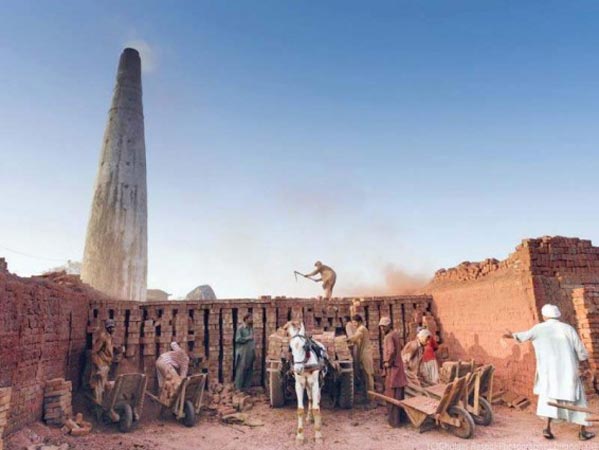 In an ambitious yet impressive move the Punjab government has successfully converted around 8,000 of it’s functional brick kilns over eco-friendly zigzag technology during the past six months.

Special Assistant to the Prime Minister (SAPM) on Climate Change Malik Amin Aslam on Sunday in an exclusive chat with APP appreciated the Punjab government for its great accomplishment against environmental challenges on the direction of the Prime Minister to purge the province from the menace of hazardous smog creating conventional brick kilns.

Amin said conversion of around 8,000 brick kilns across the province to ZigZag technology which was 100 per cent of the existing kilns to environment friendly technology was a great achievement.

He said efforts had been continued since 2017 but faced many challenges whereas the Punjab government has achieved this goal through continuous hard work of the last six months.

“All 8,000 smog kilns have been converted to modern technology. The new technology will emit 60% less carbon emissions and help save 30 percent more savings for kiln owners,” Malik Amin Aslam said.

He urged that the rest of the provinces should follow the example of Punjab and use Zig Zag technology to contain dark emissions causing serious pollution and respiratory diseases among the masses.

The PM’s aide mentioned that the government has provided subsidies for adopting the latest technology.

During conversion, he said the internal system of the kiln is replaced by ZigZag technology.

It merits to mention here that Natural Draught Zigzag Firing kiln is a continuous, cross draught, moving fire kiln in which the air flows in a zigzag path due to the draught provided by a chimney.

He said, “I raised the issue at repeated forums where SAPM Malik Amin Aslam and the Ministry of Climate Change extended great support in this regard.”

Niazi said at least Rs 2.5 million was required to build a zigzag brick kiln where the banks were not ready to provide loan facility to brick kiln owners.

He added that the provincial government took the matter sincerely and developed a proper and convenient financing mechanism to support brick kiln owners in this regard.

“It took a great effort to convince the brick kilns’ owners to adopt eco-friendly zigzag technology. I have a simple and cogent reason that our kiln’s dark smoke is causing deaths of innocent masses and we cannot afford to spoil a human life at the cost of money. We should behave responsibly and should adopt the technology as a humanitarian cause,” he proudly explained his effort.

According to the PDMA’s data there were a total of 8147 brick kilns existed in the Punjab province out of which only 7,986 were functional and 161 were nonoperational ones.

The provincial government after stakeholder engagement and special packages managed 100 per cent conversion of functional brick kilns to zigzag technology.

An ICIMOD official told that a zigzag brick kiln was not only emitting 60 per cent less carbon emissions rather also consuming 40 per cent less coal and helping in baking 90 per cent A-plus or good quality which were merely 70 per cent in the case of conventional brick kilns.

The SAPM also took to Twitter to praise the Punjab government and its leadership for achieving 100 per cent conversion of brick kilns successfully.