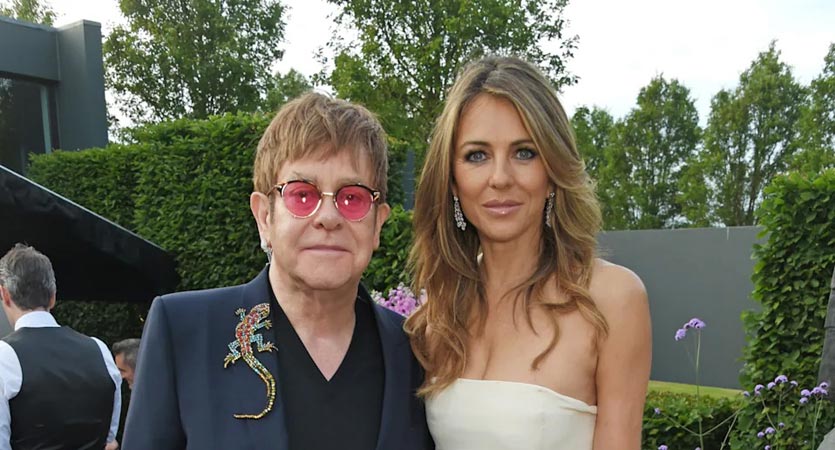 Elizabeth Hurley and Sir Elton John are among the line-up of stars in a new vaccine campaign from the NHS.

The video, which also features Sir Lenny Henry, David Walliams, Navin Chowdury and Lydia West, sees the celebrities take part in an “audition” as they encourage others to take the vaccine and dispel misconceptions about the jab.

Urging people to protect themselves and others against the coronavirus Hurley says: “So roll up your sleeve, it’s not just your own life you’ll be saying it’s other people’s lives too.”

Meanwhile, The End of the F***ing World actor Chowdury adds: “There is no scientific evidence to say that the vaccine is any less effective in people from ethnic and minority backgrounds so let’s all try and support our community and take the vaccine.”

Sir Lenny says: “People in the black, Asian, ethnic and minority community are 20% less likely to take up the vaccine.”

“It doesn’t contain pork or any material of animal origin,” It’s a Sin star West shares. She adds: “There is no evidence that it effects fertility.”

Walliams states it’s “really important” people of “all ages” get the jab.

Sir Elton previously starred in another NHS campaign “audition” encouraging people to get vaccinated, however, he “lost out” on the part to Sir Michael Caine.

In the more recent ad an off-screen director informs him he’s missed out on the gig, much to his disappointment.

The vaccine rollout continues across the UK with a quarter of adults now having received both doses.

People aged 40-years-old and over are now able to book their Covid jabs as the rollout is being offered in decreasing age order after those deemed most at risk were offered the vaccine first.