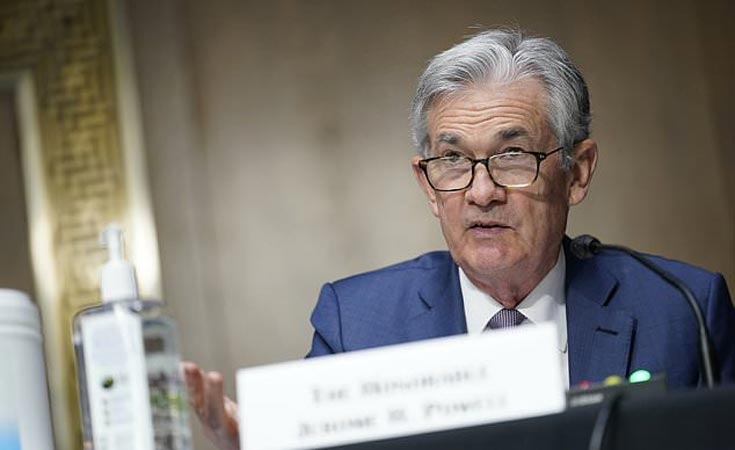 Powell’s bet is that the Fed can keep rates ultra-low even as the US economic recovery kicks into high gear – and that it won’t have to quickly raise rates to stop runaway inflation.

It’s just the kind of gamble that in the past led some of Powell’s predecessors to miscalculate and inadvertently derail the economy.

Powell and the rest of the Fed’s policymaking committee plan to keep rates near zero until nearly everyone who wants a job has one, even after inflation has crept above their 2% annual target level. Faster growth raises the risk that the Fed will eventually have to respond quickly and aggressively to a sudden acceleration of prices – and potentially cause a slump, even another recession.

Getting the timing right on interest rate policy is a tricky task that has bedeviled Fed chairs for decades. Arthur Burns, who led the central bank in the 1970s, is widely blamed for allowing inflation to get out of hand after yielding to pressure from President Richard Nixon to forgo further rate hikes. Critics also argue that Alan Greenspan, whose long tenure as Fed chair ended in 2006, failed to lift rates quickly or sharply enough to prevent the housing bubble that ignited the 2008 financial crisis and the Great Recession.

Even Chair Janet Yellen’s decision in December 2015 to slightly raise the Fed’s key short-term rate after it had sat near zero for seven years is now seen by most economists as having been premature. The economy slowed partly as a result.

But in many ways, Powell’s gamble is unique. For one thing, it’s based on fundamental changes to the way the Fed pursues its goals. The central bank has always sought a delicate balance between its two mandates: Keeping prices stable and maximizing employment.

But Powell has placed a much greater emphasis on jobs than his predecessors generally did. He has also defined the Fed’s goal of maximum employment more broadly: He has underscored that it includes addressing the particular challenges of low-income workers, non-college grads and people of color – something previous Fed chairs seldom mentioned.

And the Powell Fed is now aiming to fulfill its mandate for price stability by seeking higher inflation, after decades in which the Fed fought to hold it down. That’s because inflation has now remained persistently below 2% for nearly the entire decade since the Fed adopted that target. Too-low inflation can morph into deflation, a prolonged drop in prices and wages that typically makes people and companies reluctant to spend.