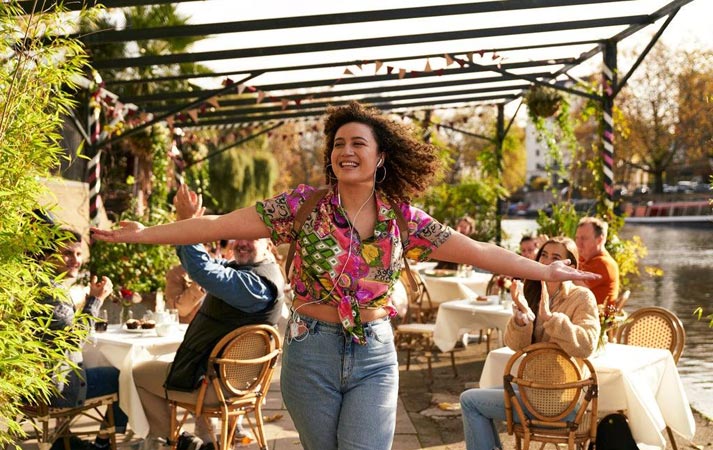 BC Three’s new comedy Starstruck is another bauble to add to the small, but precious and increasing hoard of productions effortlessly infused with the particular sensibility that comes with being led by women.

You don’t notice how much the rest of your cultural input is informed by the male perspective – it’s been so common, so unchallenged until ridiculously recent times- until something different comes along.

Written by the award-winning comedian Rose Matafeo and the comedy performer and writer Alice Snedden, and directed by Karen Maine, Starstruck is the six-episode tale of twentysomething Jessie. She lives, millennially, in east London – one flatmate, a ninth of a suburban terrace house rented between them, two dead-end jobs and a variously enjoyable series of one-night stands at the weekends. One of them turns out to be with a film star, Tom. At first, she is gobsmacked to discover his real identity and then, as you would be, hysterical. “It’s not going to happen again,” she says to her flatmate Kate. “But he can’t take it back!”

Once you are over this slightly improbable premise and a slightly flat first episode while everybody finds their rhythm in this fairytale-inflected Hackney romcom, there is a lot to enjoy.

There’s Matafeo’s performance for starters. Her timing is as immaculate as you would expect from an experienced standup, and her various foot-in-mouth moments arise from a convincingly galumphing, garrulous nature instead of the grating dizziness-in-proximity-to-a-man that we usually get from the genre. Kate is more easily stirred but even she is more one of life’s natural flappers than traditional Ditsy Sidekick. It’s very pleasing.

Patel pulls off his difficult role – a genuinely charming, sane, un-selfcentred film star – with aplomb. His chemistry with Matafeo and the consistently above-average, if never quite sparkling, script makes even the post-coital banter and flirtatious, conversational scenes work. Such scenes can be the downfall of the highwire romcom acts. 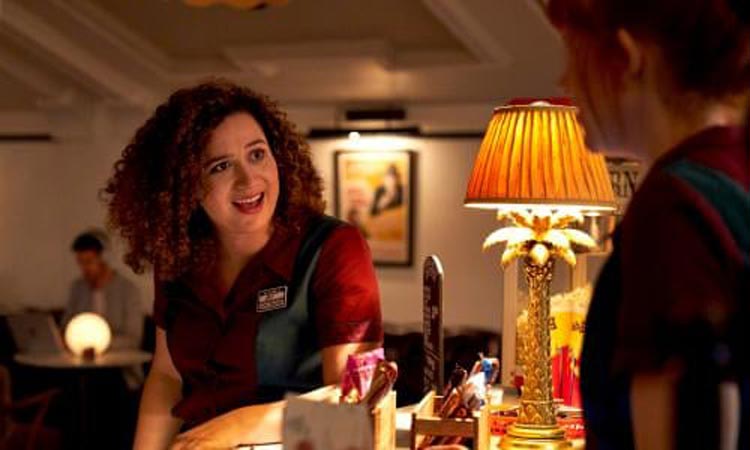 Their meet-cute is in the men’s loo of a nightclub, into which Jessie has nipped to avoid the queue at the ladies’. Tom emerges from a cubicle as she is washing her hands. She points out that men have the great good fortune to be able to wee standing up, so what was he doing in there? “Treated myself to a sit-down one,” he says. “You would pee in a gift horse’s mouth?” she replies, more in sorrow than in anger. This pair are made for each other, despite the fact that she is different enough from the expected film star companion for the paparazzi waiting outside his flat after their second night together to assume that Jessie is the cleaner. “Ultimately uncalled for,” she murmurs later.

Still, there are plenty of highways and byways to be explored and obstacles, including a misidentified pair of knickers and a recent ex-girlfriend, to be navigated before they earn – I hope, for not all episodes were made available for viewing – the right to live happily ever after together in more than a ninth of a house.

And there’s Minnie Driver, albeit not in the first episode. But do stay until at least her turn as Tom’s adamantine agent, Kath. Part Bebe Glazer from Frasier, part Driver’s own role as John Cleese’s sociopathic daughter Lorraine Finster in Will & Grace, her main job, as she sees it is, to keep Tom thin and turn his desire away from indie credibility and towards commercial success. If there’s a happier sight than an actor getting to play an agent, I don’t know what it is.

So, even if you smile rather than laugh your way through Starstruck’s first episode, do give it at least another 22 minutes of your time thereafter. You might end up quite struck by it yourself.

Starstruck is available on BBC Three now and aired from April 26.