Brazil backs away from the virus brink as deaths top 400,000 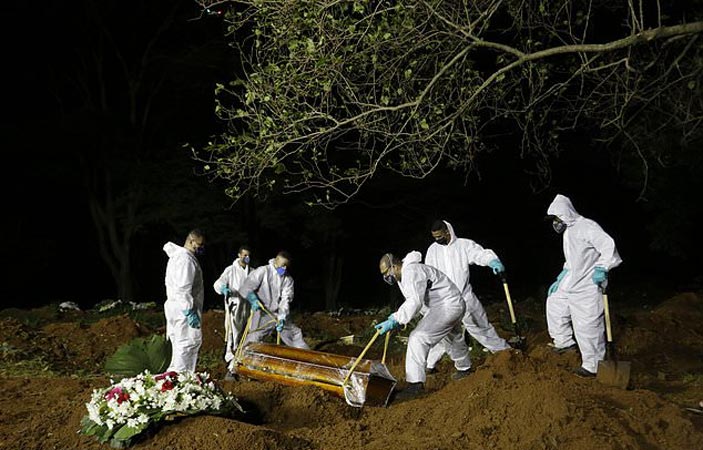 For most of this month, intensive care units across Brazil were at or near capacity amid a crush of COVID-19 patients, and sedatives needed to intubate patients dwindled. The nation´s biggest cemetery had so many corpses to bury that gravediggers worked hours past sundown. But Brazil has stepped back from the edge – at least for now – as burial and hospital services no longer face collapse. It has ceased to be the virus´ global epicenter, as its death toll ebbed and was overtaken by India´s surge. Experts warn, however, that the situation remains precarious, and caution is warranted. The number of states with ICU capacity above 90% has slipped to 10, from 17 a month ago, according to data from the state-run Fiocruz medical research institute. And nighttime burials at Vila Formosa and three other cemeteries in Sao Paulo were suspended Thursday, after two weeks of declining deaths. That comes as cold comfort in a country where some 2,500 people died every day over the past week, more than triple the number in the U.S. Brazil surpassed the grim milestone of 400,000 confirmed deaths on Thursday – a number considered by experts to be an undercount, in part because lack of testing meant many cases were overlooked, especially early in the pandemic.