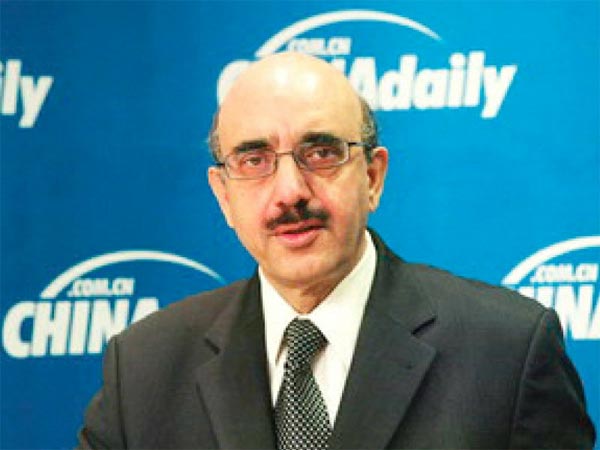 “The deteriorating health of some of these prisoners of conscience and threat posed to their lives is a matter of serious concern,” he said and demanded immediate release of all these detainees.

He was talking to former Ameer of Jamaat-e-Islami Azad Kashmir and Chairman Public Accounts Committee of AJK Legislative Assembly, Abdul Rashid Turabi at Aiwan-e-Sader in the State Metropolis.

The president appealed to the UN Human Rights Council, Red Cross International and other international human rights organizations to play their role in safe release of these innocent political prisoners

He said that that BJP-RSS government with its fascist agenda towards Occupied Kashmir and was not ready to listen to any dissenting voice as evidenced by the internet blockade for more than two years, violent actions against journalists and even arrest of some journalists, threatening to kill them, and prosecuting some of them by leveling charges of sedition and terrorism against them.

The AJK president said that we wondered why the countries and institutions which were the advocates of democracy and human freedom in the world were silent on these anti-democratic measures of India.

President Khan further said that India was neither a democratic country nor a secular one but a pure Hindu country where all religious minorities, including the lower caste Hindus except for a certain class of Hindus felt insecure except for a certain class of Hindus. He said that if India continued to pursue these policies, it would not be able to sustain its existence for long.

Talking on the occasion, Jamaat-e-Islami leader and chairman Public Accounts Committee Abdul Rashid Turabi expressed deep concern over the long detention of prominent Kashmiri leader Syed Ali Gilani, Mirwaiz Umar Farooq and the solitary confinement of Yasin Malik and Asiya Andrabi in Tihar Jail. He also demanded the immediate release of all these leaders and the immediate and unconditional release of thousands of political prisoners, including minors and children.

Meanwhile, Pasban-e-Hurriyat Jammu and Kashmir, a youth organization of Kashmiri refugees organized a protest demonstration here for the release of illegally detained Kashmiri prisoners during the deadly Coronavirus outbreak across India.

According to details, in the midst of the deadly attacks of Coronavirus in India, Kashmiri on the other side of Line of Control demanded the release of Kashmiri prisoners lodged in various jails of India. A large number of citizens participated in the rally which took place from Lalchok Upper Adda.