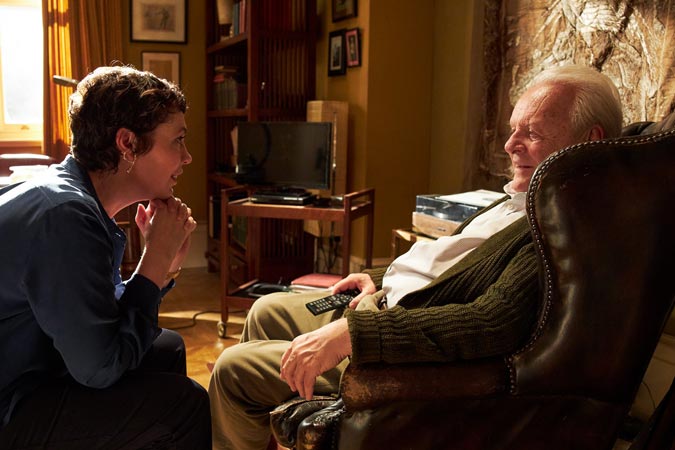 Few films are capable of what The Father does to you within the first 10 minutes of its runtime. The film opens to the scene of a daughter dropping by to check on her aged father. The conversation that follows is something many among us may have experienced already, or are definitely going to be part of in the not too distant future.

But it is in the nature of its staging that lends us – the viewer – the ability to observe Anne and Anthony’s interaction from arm’s length; it is as if the director Florian Zeller intended for it to be a visceral experience. He also concludes the scene brilliantly: Anne walks away from the building having told her father that he must let a carer look after him, else a nursing home awaits… we see Anthony peering through the window as she walks away, and then takes a few strides back before dropping to his bed. A note of despondency creeps up on his face, his eyes droop in despair as he shuts his eyes and lets out a short-deep breath.

This, in my book, is the defining moment in The Father – a reminder that this is no ordinary film; these moments linger long after the credits roll.

The heaviness refuses to let go of its vice-like grip; we merely sit and watch helplessly, sometimes uncomfortably, as the aged man goes through the motions unable to come to terms with the fact that he is on an endless downward slide and from which there is no climbing back. Of course, there remains the fact that this uncomfortable reality doesn’t come to life without the intervention of the performer sans pareil that Anthony Hopkins is. 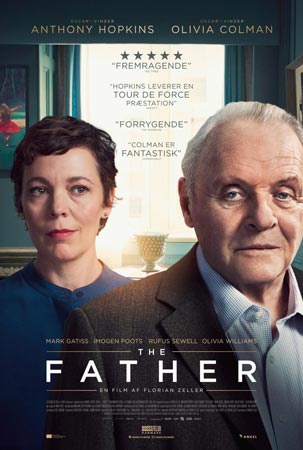 The Father boasts of a superlative screenplay, one that makes for uncomfortable viewing. It makes you shift around in your seat for the chilling way Florian has graphed the unravelling of Anthony’s mind; it’s heartbreaking, but at the same time draws focus to the singularly important facet in the life of a person with progressive dementia – time. Time is fleeting. It is fleeting to us “normal folks” as well, but it is sort of poetic injustice, if you would ask me, when Florian turns time into the big villain for Anthony who is nothing but an affable gent in love with his watch.

Anthony likes to keep track of time, but as the unravelling begins we know that there will come a day when he can no longer do what had been second nature to him in his life thus far; and it wouldn’t matter even if he could continue doing it because with time, his weakening mind would fail to attach meaning to his actions.

This realisation is the painful strike Florian delivers upon the viewer as he guides us through the moments we bear witness to, as Anthony’s memories start to muddy further until one day it dawns on him. There is no longer “something funny going on” when Anthony learns that his “leaves” are starting to wither.

A tender, numbing moment follows when Anthony craves for his mother’s love; the painful scene encapsulates both things terrible and profound about progressive dementia. You know you feel for Anthony but you just cannot tell him that this will be alright… because this is reality, and with reality there is no way of undoing things. It invokes sadness out of you; it is the only thing Anthony too seems to be able to feel. But you know, very soon, even that feeling will escape him. This realisation is gut-wrenching; it is inexplicable and inescapable… much like the impact The Father is bound to leave on you.