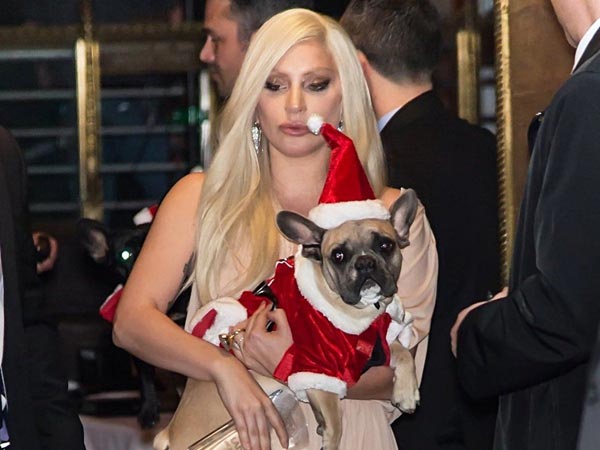 Hours after the Los Angeles Police Department announced the arrest of five individuals for their alleged role in Lady Gaga’s dognapping case, a spokesperson for the Los Angeles District Attorney’s Office told E! News each suspect pled not guilty to the charges against them.

Months after Lady Gaga’s dog walker was shot and two of her French bulldogs were stolen, suspects have been arrested.

Lady Gaga’s dog walker Ryan Fischer was out walking three of her dogs on February 24 when he was shot by the armed robber. Two of her dogs, Gustav and Koji, were stolen during the attack. Now, the Los Angeles Police Department have announced via press release that five people were arrested and charged in connection to the crimes: James Jackson, 18; Jaylin White, 19; Lafayette Whaley, 27; Harold White, 40; and Jennifer McBride, 50.

Each are being held at $1 million bail, according to bookings sheets viewed by E! News.

Harold and McBride are said to be “accessories after the initial crime,” the LAPD press release reads. Authorities allege McBride responded to the $500,000 reward notice and ultimately brought the dogs to the LAPD Olympic Station on Feb. 26. Investigators stated they discovered McBride “had a relationship with the father of one of the suspects, Harold White.”

According to the LAPD, the dogs were not targeted in connection to Lady Gaga. Instead, the LAPD says that “evidence suggests the suspects knew the great value of the breed of dogs and was the motivation for the robbery.”

“This was a brazen street crime that left a man seriously wounded,” District Attorney George Gascón said in the release. “We have alleged very serious charges in this case and have faith that justice will be appropriately served as this case unfolds in court.”

Following the attack, Fischer’s family issued a statement about their son’s recovery.

“Ryan is receiving extraordinary care in the hospital right now and his doctors expect him to make a full recovery,” the Fischer family told E! News at the time. “We cannot possibly say enough to thank all of the first responders, nurses and doctors who have worked so tirelessly to care for Ryan.”

They added, “We also want to thank Lady Gaga who has shown nothing but non-stop love and concern for Ryan and our family right from the outset. Ryan loves Gustavo and Koji as much as Lady Gaga does; so we join in her plea for their safe return.”

The “Born This Way” singer initially put out a reward for her pups’ safe return.

“My beloved dogs Koji and Gustav were taken in Hollywood two nights ago,” she wrote on Instagram. “My heart is sick and I am praying my family will be whole again with an act of kindness. I will pay $500,000 for their safe return. Or, if you bought or found them unknowingly, the reward is the same. I continue to love you Ryan Fischer, you risked your life to fight for our family. You’re forever a hero.”